Every time I decide to travel, even if the destination was same, I do some research for any new places to see because I think only if there’s a search for something a travel would be interesting.  And old is something always fascinate me and top my list of places to see, more than anything newly constructed. If you’re a follower of my blog, would know Kodaikanal is a beautiful place where I had yearly vacation in last several years and have covered overall places, but still my search of places haven’t end or doesn’t seem to. And one such place I visited in recent times was the century old TELC Jubilee Church. 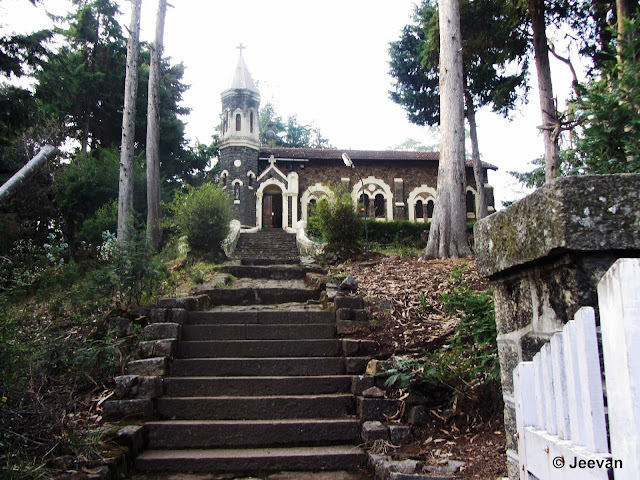 Kodaikanal has many historic places esp. churches that are more than 100 years old, built during British regime and TELC (Tamil Evangelical Lutheran Church) is a cute little church with unique architecture that really made me wonder have I seen anything similar in construction. It has a cylindrical bell tower to capture our attendance at glance and constructed in granite stones, the church still looks amazing in its original structure and features. As it located on a small hill mound, one need to climb the rock stairs to reach the door front, opening a small wooden gate at the entrance what resisted me further going up close to church. 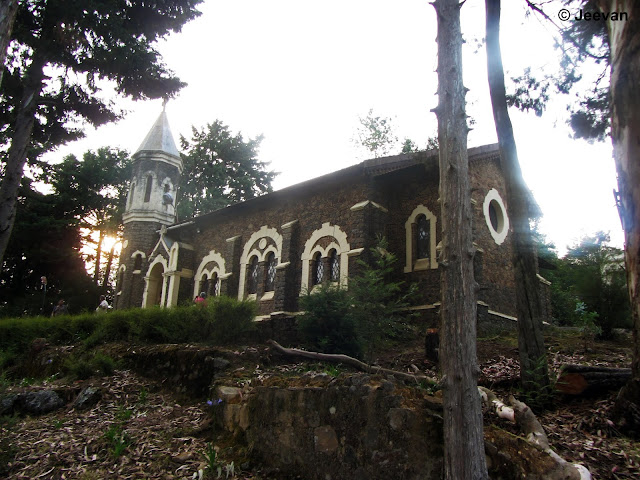 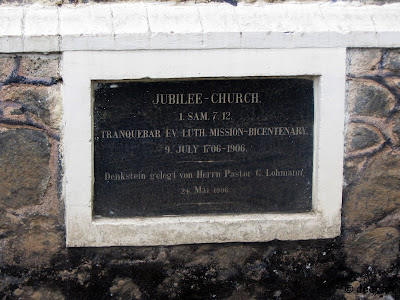 We visited the church in evening after going through another historical church (which I would write about later) and the weather was pleasant with mild sunshine as we went in search of the church. It took us sometime to find the church as many unknown about it when enquired at the locality and Google maps did wrong locating as well; the church hide away like a treasure in a patch of woods cover above the upper lake road in Pambarpuram area of Kodaikanal. My parents, grandma and bro went up to the church, to capture some photos on my behalf and they were invited by someone in charge, took them around and explained about the church.

The church was founded in 1906, by the Germans and the Swedes who emigrated over a century ago in Pambarpuram area of Kodaikanal and the church practiced worship in four languages: German, Swedish, English and Tamil, from the following year. In 1919, the Tamil congregation of different German, Danish, and Swedish Lutheran missions joined together to form the Tamil Evangelical Lutheran Church (TELC). And following the independence of India, in 1947, the Germans and the Swedes agreed to the self-administer of the church by Tamil people and later on to till date the worship is conducted in Tamil by designated priest. 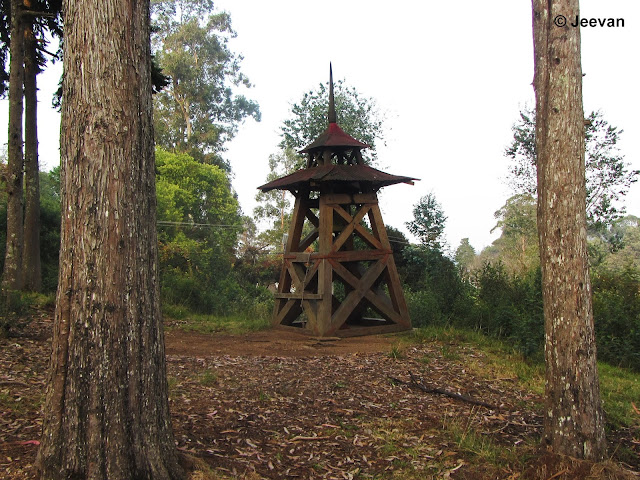 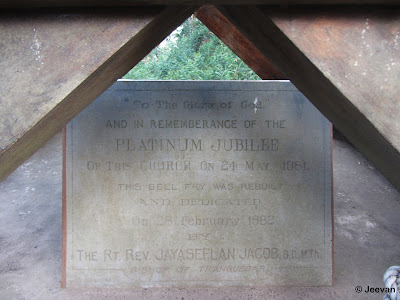 What I think special about the church was its architecture of German and Sweden, though I have any idea of its architectural style, its unchanged look of ancient beholds. The church still holds the sacred objects leftover by the Germans and the bell outside the church is also a German established in year 1923, and the name of the church is engraved on the bell in Tamil. The sound of bell is heard up to 2 km in radius. I find the entire atmosphere of the church is quiet and being evening, the birds’ noise was pleasant as natural prayers.  TELC Jubilee Church is a different aspect of Kodaikanal, from the regular tourist places, but I hope the future won’t be the same.
Posted by Jeevan at 8:55 am

That architecture really stands out! It reminds me of cookies somehow.

Jeevan, are you close to the Ellora Caves? I was just watching a youtube video about them.

The church looks beautiful and what a nice photo of your family!
Enjoy your day, have a great weekend!

Thank you for the pictures and information about this beautiful church. I'm very glad you found it, although I'm sorry you couldn't get inside. I hope you find (and share) more treasures like this in your future travels.

It is a very interesting building. I don't know the history much about the British era but it did surprise me to se the church is still there. Thanks for sharing this.

Sandi - No dear, Ellora Caves is in Maharashtra state, which is in central part of India and I live in southern part which is more than 1200 kms from there.

Happy Moments to You,
A ShutterBug Explores,
aka (A Creative Harbor)

The church has beautiful designs. Nice to enjoy a family vacation.

Thanks for sharing this beautiful historical church Jeevan. My family is part of TELC tradition.

...Jeevan, I love architecture and particularly church architecture. This church is gorgeous and not what I would expect to see in India. You may enjoy linking this post to:

The link opens each Saturday at 3 PM Pacific US time. Enjoy your weekend.

Good to see the photo of your parents and grandmother. Treasure them! I wish wheelchairs could climb steps and I bet you do, too. Have a great day.