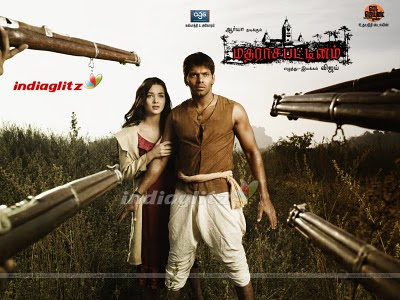 The first thing that caught my mind was it was like titanic, where an old woman narrates her past memories and seek to relieve and reconnect her emotions. Among the young generation film makers, director Vijay did a fantastic movie with late independence struggle, love and action in a tremendous backdrop of madrasapattinam which transferred into Chennai today.

It was a lovable love story across the Madras Presidency and Amy’s each and every expression is impressive and adorable! Arya’s role as dhobi, befit the character as a valor and showcase fondness through his eyes. Except the romance, action and protest, there’s so much to observe about our late city. The Buckingham canal, the central railway station, the dhobikhana, Spencer and some more comes as an elegant to eyes. The cinematography is fantastic; it captured something that when we aren’t belong to the scene or seen through pictures. 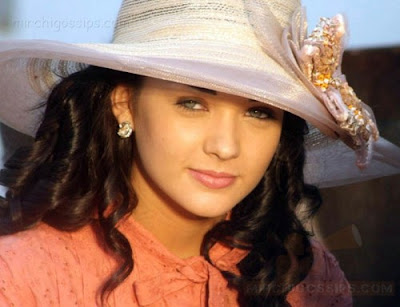 No words to appreciate the music composer GV, the music was such amazing and stands as a great pillar to the picture. Every song has to be mentioned separately and the composition of western classic seems awesome and I wonder every time listening to the album. Meghame song has a charm of droplets dropping on us and the beats are foot tapping. The quite clouded sky and the blowing wind and sounds are adding pleasant to the then pristine Chennai.

To complete the form, two more characters did there best and among them the late Cochin Haneefa’s one-liners are amusing. It’s sad to miss someone who is well at character and comedy, which comes naturally to him. The British officers ruled the whole; the wresting and chasing scenes are interesting. Should appreciate the courage of director for using British language most of the places under sub-title, though it wasn’t difficult to understand.

Overall the movie was refreshing from the usual Tamil cinema and gives way to decent movie making. I like Vijay’s previous movies and they are quite neat and feel so good. Nice to see such movies to keep stand the Tamil cinemas from hero based movies, and gives important to art, technology and new idea.

Yesterday it was like singing ‘rain rain go away, come again another’ but where does it listen? It poured heavily and disturbed the movie watching at drive-in. It only works out in movies and nature has no man power to control. Oh!
Posted by Jeevan at 7:55 am

Good review, Jeevan! :) I have been hearing great things about the film but unfortunately I am not likely to come to Chennai-pattinam (or anywhere in Tamil Nadu) to watch Madrasapattinam soon! :(

Cheers and have a nice weekend! :)

good review...have to c this one

dear jeevan,
why didn't u tell anything about the cute Emi.She has become the dream girl of chennai guys.In Senthil's office all were telling it seems, that "I love this cutie."
And
I liked this girl and told senthil that i like her.
So he went and told his colleagues, that ,"my mom likes this girl.so i only have to love her"
SOOOOOO,
tell something about her.

shd watch this film..thanks for the review..couldnt get tickets in madras last time

Very nice, interesting and lovely review. I will definitely watch this movie.
Wish you a Happy Friendship Day.
You are welcome in my blog.

Interesting review...will check out if it's out here for sure
Thanks dear!
Cheers

Thanks for the review. I think there should be more international movies available. It is nice always to learn about other cultures, and movie ideas. Jeevan thanks for sharing your excellent review. Hope all is well with you otherwise. Anna :)

thanks for the given movie. i like amy jackson also modern for my lover and very cute, intresting review.