We plan to escape before sunshine, but the time spent at a marriage in early hours near chengalpet put us on delay to leave on heat. But the air condition helped a lot in relieving heat while traveling. It wasn’t a travel I was expecting for, but no way it has happens and I accepted. 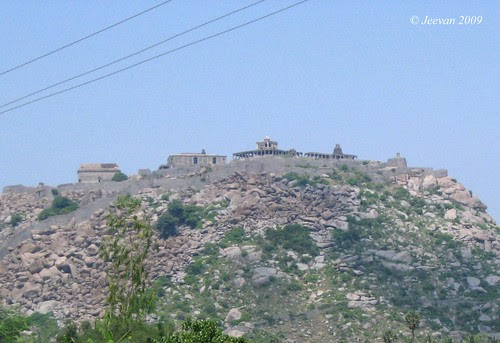 There wasn’t much interesting to notice on the way, while it seems a perfect day for many to get married as there was couple of mini trucks caring dowry things. On the way to thiruvannamalai comes the famous Gingee fort, and it was a rock hill fort on the either sides of the road. The so well fortified fort is called as the ‘Troy of the East’ by the British and the great Shivaji ranked it as the most impregnable fortress in India.

We didn’t get down or stopped to check this fort, but just glanced from passing vehicle and clicked something. The time we landed on thiruvannamalai it was across 12 noon and the temple was closed and said to open only by 4.pm. So we head to lodge and finishing lunch and getting relax sometime we visited dad’s friend home in a village called nadazakananthal, about 10km from the town. 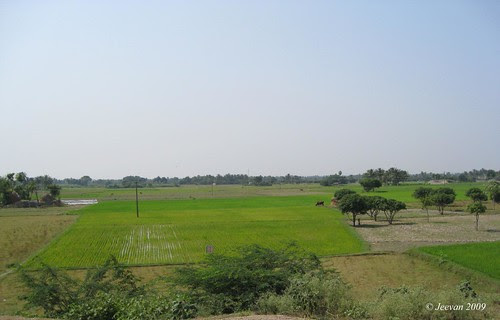 It was a typical village and not much changed from its nature. The wide space fields and roof tiled houses, retreat with memories, along the innocent children come around our vehicle in amusement. Do we need a reason to attract kids when we have a cute pet? The children were return from their school and gather around their home, and it seems they’re all his friends and always spent time with him. 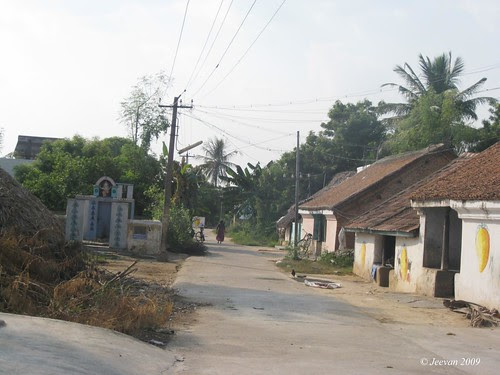 Leaving there home after a cup of coffee, we visited Saathanoor dam and the temple that evening and head to bed after dinner. Waking up deliberately the next morning, we went around the Annamalai hill in vehicle and visited again our dad’s friend home were we were invited for breakfast. 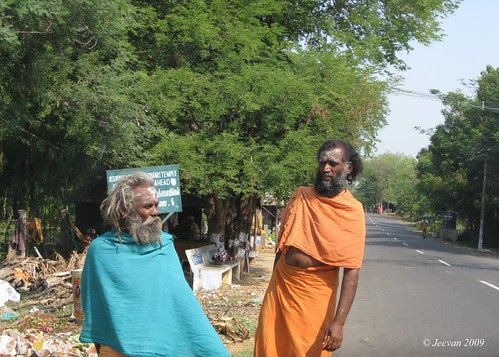 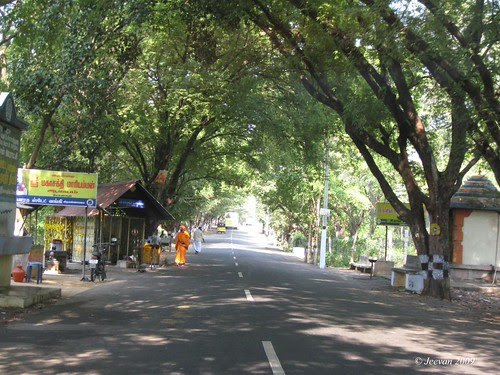 The way around the hill looks somewhere green and cool, and I saw much saffron worn devotes on the way along the many small shrines. The road around the hill was empty that day and only on full moon day it seems to be crowded. 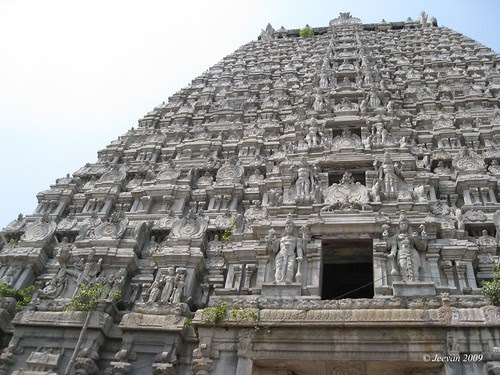 Tirukkoyilur temple tower
On the way back home, parents wanted to visit a temple in Tirukkoyilur and it was another temple with huge tower similar to Annamalaiyar temple. The road from the temple to NH47 was so refreshing with green fields and villages, and the suddenly formed clouds sent fresh breeze, in-between the heat rage.
Posted by Jeevan at 7:36 am

I have been planning to go here for sometime now...!

I think I go visit that once
(Hahahaha... I wish I could :)
I have never seen a temple in real
;)
Lovely interesting post Jeevan :)

Wow! I can see why I love Tamil Nadu so much! The second picture is awesome!

There's A Present For Your Blog on my blog. Take it :)

Lovely photos and a nice read Jeevan...and never know of Troy of the East :)

Tamil temple architecture is just magnificent...One place i would love to visit is Chidambaram -- we had a movie by late Aravindan by the same name -- won National award -- ever since i saw it, I wanted to go...

some day i wish i could,

Thanks a lot for your sweet and lovely comment. Even I also love candle very much and whatever you said its absolutely true.
I have visited Thiruvannamalai and Gingee Fort several times as it is near to Pondicherry. You have described very nicely with wonderful pictures. Nice post.

You are getting better and better with your camera. Good shots.

You are getting better and better with your camera. Good shots.

Kavi – from my experience it’s too hot on sunny days. Hope u visit sometime.

Rakesh – there’re so much to admire here and what I post is not even a bit! Thanks.

Bhavesh – Thank you for the present.

Devika – Yes Chidambaram has a great temple and I had visited in childhood, so I can’t recall much about the temple. I wish you visit sometime. Thanks :)

babli – Much fun candle there and I like them a lot. Thank you babli…and it seems u had visited many places in Tamil Nadu! nice :)

flyingstars – Thanks buddy, this place is very famous among pilgrims.

what a beautiful series ! I guess your region is full of such beautiful temples.

Wow! The detail on the temple is fascinating!