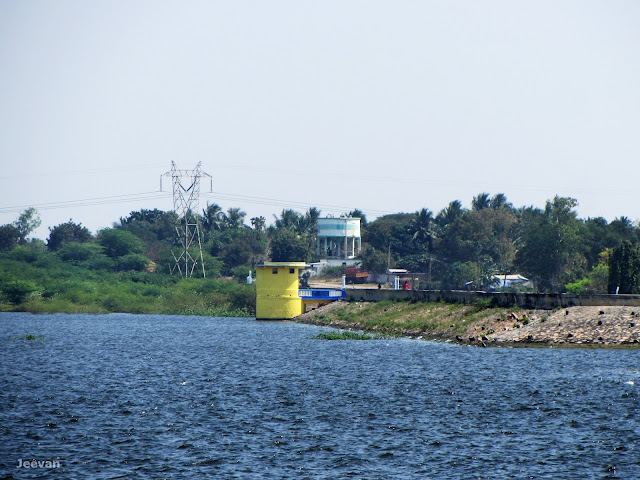 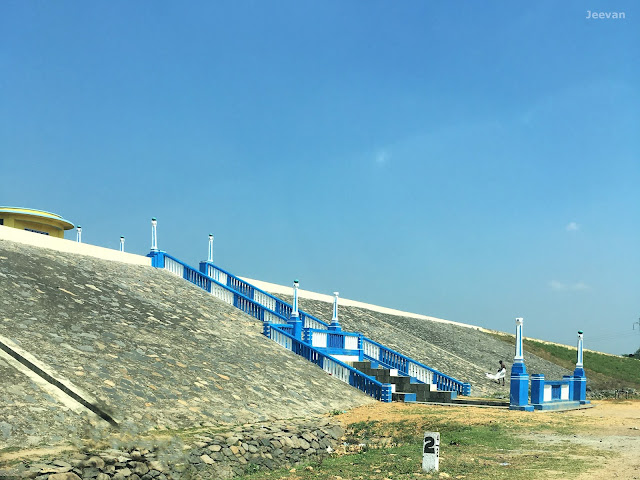 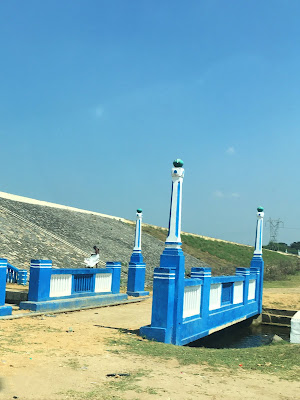 Irrigation in India is a network of major and minor canals from Indian rivers, even though groundwater irrigation covers 65% of irrigation in India. 2/3rd of the cultivated land is dependent on monsoons, which is most of the time unreliable and unpredictable. 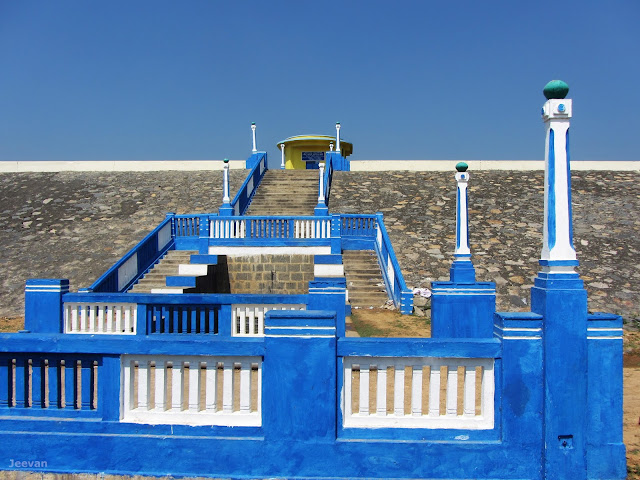 The Veedur dam is a major source of irrigation for over 100 villages in Villupuram and the state of Puducherry, through its prime channel and five branch canals for about 17.6 km. And what you see in the images is the Intake Tower in yellow (which drew water to the canal) and a pretty blue and white-colored staircase leading to the same. Since I focused on the left side of the dam, I could capture the open canal on the other side of the road.
Posted by Jeevan at 8:33 am

...a dependable water source is often difficult in many areas.

Beautiful view of the dam.

Thanks for the information about irrigation projects and the dam. The stairs are beautiful.

Awesome photos of the dam ~

Spectacular view of the dam.

Kind of scary being so reliant as something as unpredictable as monsoons, especially given our weather these days. I do like the blue and white color scheme!

It is an interesting place to visity. I like the blue color.