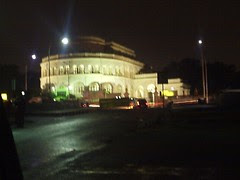 Originally rose in color was golden yellow in nights,
merchant from united state’s, for first time
brought ice from abroad, shelter for months
inside this all-round glass house

Designed by Ice King, was renamed
as Castle Kernan, which served
as shelter for poor and backward children.
In great welcome, the hero offered to exist
and errand his knowledge in campaign
to restore India to pristine glory, later
returning from western world

On centenary year to honor the hero,
the government named after him, and
there it set up a permanent exhibition
on national culture and history of Vivekandar
Posted by Jeevan at 7:06 am

Very interesting post Jeevan.. I didnt know abt this one b4.

dis is really a nice message to us...

i didn't know that the ICE KING built this :-)

I loved the way u packaged this ... absolutely amazing

Kalai – Thank you u so much friend.

Alok – glad u get time to visit our blogs :) Thank you