Good to Feel Half Clean 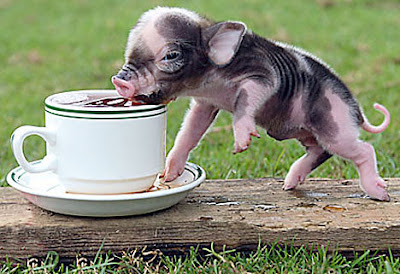 With his paws spread wide and taking a step up on to a cup of tea, this little piggy tries desperately hard to make himself big and strong. But there's nothing getting away from the fact that he is still no bigger than a tea cup. 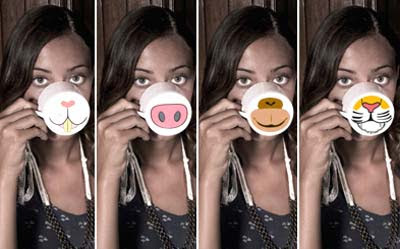 Fun mugs with animal noses on the base. It seems like a normal white mug until you use it. 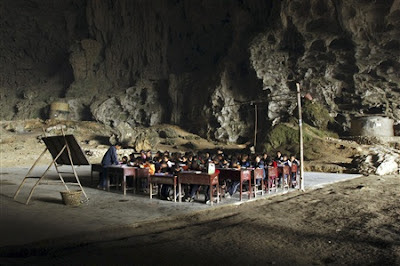 Children attend class at the Dongzhong (literally meaning "in cave") primary school at a Miao village in Ziyun county, southwest China's Guizhou province. The school is built in a huge, aircraft hangar-sized natural cave, carved out of a mountain over thousands of years by wind, water and seismic shifts. more here 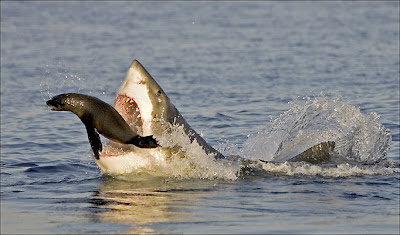 Typically the shark is going so fast that it shoots out the sea as it bites the seal mid-body with its 3,000 razor-sharp teeth. Attacks rarely happen when the seal is underwater as it is too agile. But on the surface it has only one way to go down exactly where the shark is coming from.
Why 3000 chicks crossed the road, brought the traffic to a standstill on a busy road near Glasgow?
Posted by Jeevan at 9:55 am

dear jeevan,
where from do u get such amazing pictures? your comments multiply the beauty. Oh, it has become habitual, to say ''wonderful.''

and ,what's the answer to the question 'chicks crossing......'

Very funy and good for the weekend.

Ponniyinselvan – where from the net only :) Thank you so much ma.
“and ,what's the answer to the question 'chicks crossing......'” just click on the sentence in blue, u get to link.

Priya – Thank you, have a nice weekend priya.

Nice post Jeevan. I enjoyed all especially that china cave school. Its very interesting to know about unknown things. dat chickens too is good to know.....

Where do you get such pictures. There are so unique. Good one Jeevan!

As said by others, it is interesting to know about such things. You try to post everytime something different. Keep it up!

Balaji – Thank you so much friend :) I am trying to continue update like this something…