Down hill, Mudumalai and Mysore 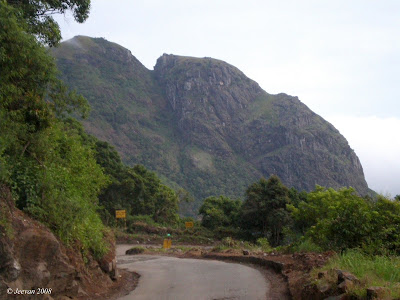 It was the plan of visiting some interior places in Nilgiris, but unfortunately the cold drives us 2 days before the actual plan and we drove towards Mysore by 6pm, what I was looking for early climbing down before the darkness surrounds as the road take us to Mysore is through Mudumalai wildlife sanctuary, so I can view wild animals, but almost it was already night then. I could tell it was ever I see the nature like that to view the clouds around like a cotton bedspread beside the valley from climbing down hill (last pic). Half our way hill was smooth road comforts for pleasure driving and on way glanced a black monkey (karung kurangu) crossing and climbing the tree such quick. Some distance away got the frog hill view, where we could find a hill similarly to a frog sitting (pic1). I never know it will take much time reaching Mudumalai, last time we were on the highly risk route through masinakudi reaching Mudumalai in short time, though I like traveling it was newly experience crossing a wildlife sanctuary at night. 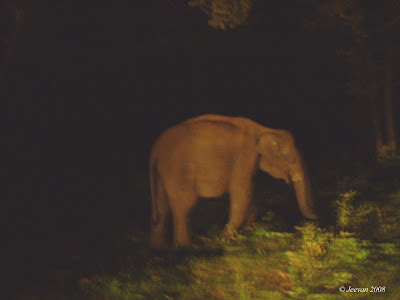 I was keen to how come visible animals in dark, after a sip of coffee in a Gudalur we headed towards Mysore. In search of animals and few kilometers then sighted a group of 6 elephants with there calf’s very near to road in touchable distance, but our frighten members in vehicle want to move fast, so clipping missed. Then comes another dusky bulky elephant, no nice the night patrol interrupted getting slow, but somehow I manage to get a picture of a middle-size elephant on my side. It was our uncle in Mysore kept calling every half hour enquiring were we are, and it was his house we get to stay, and he was waited on a road junction to directly take us to home. He is staying in suburb area of Mysore near to Chamundy hill and to check the time it was near 11pm eating our dinner there. It was strange feel after long time, to stay at unfamiliar place and his children are never faced us then and don’t know whether there are some relation like us. Next dawn it all changes lighter and they began moving closer with us, thus reveals them to put off a day from schooling joining with us visiting places, along like a guide telling routs and to communicate in Kanada. 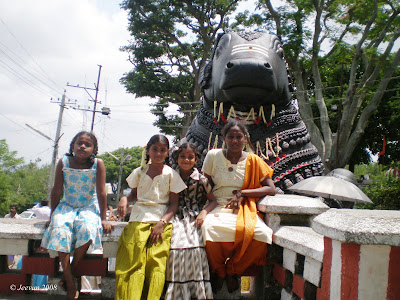 The kids before Nandi, middle 2 where those we met there

The three kids where lovely and so sweet in behaving, esp. the mid-one deepika was such adorable and soon she began fondling with our pet maya. The elder girl was very quite watching what’s happening and bears a beautiful smile always; the last boy was very smart, rarely talks, but tenacious until he gets something. Mysore is not new for me, I have been visiting here 11 years back and the same procedure continues this time too, following visiting ooty and Mysore. After breakfast, climbed the Chamundi hills and it was the elder kid shows us the right path after little confuse for herself. She talks fluently in Kanada and it was her help for me getting near to temple, speaking to the security persons to allow me. It’s indifferent everything to me, the ghat road, views from summit and the Nandhi except the parking facility. Next we headed to Mysore Palace; here I stayed in vehicle of inconvenience and my grandpa stayed with me for company as this place and palace is much familiar to him, thus he was a tourist diver then visiting Mysore often I get the opportunity to share his experience and information about the Palace! What I was looked forward soon the plan was to Mysore is... would continue in another post. Thanks you. 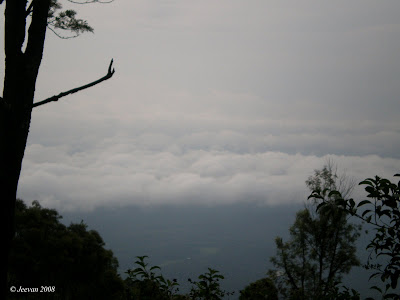 Beautiful narration,..mudumalai pic remind me my trip to mysore..
nice one about kids too..innocent kids..:)
No comparative statements can be expressed for sweet family trips..

your travel photos are amazing brother...wish one day we can travel together... :)

WOW seems everyone is on vacation except me :(
But I enjoyed your post dear
Have fun
Cheers

lol i want to travel by that road,heard a lot abt it :)

I hope one day (in the distant future) when you will look back at these writings and pics, you will able to say to yourself "A life well lived" :))

Cool pics ! You will have fantastic memoirs

How exciting it must have been to be within touching distance of the elephant herd!

Have a nice weekend buddy :)

This is why I love to visit your blog. You show me such a different side to your country.

What wonderful pictures... I look forward to seeing more.

Hi Jeevan,
a beautiful trip, and beautifully writen post. Amazing photos, love it, thank you Jeevan!
Have a nice weekend!

So you're having an wonderful time travelling places...Your pics & the description is just inviting me to visit this place once...Mysore has been so famous for the sandalhood & the dussehra there. I have heard so much about this place & wish to go there one day.

Nature and beauty is something needs to be preserved.