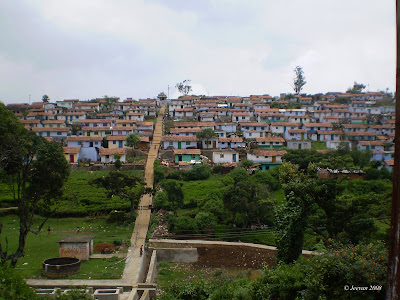 I wonder how uniform these houses are (above pic),’ just thought to be the residence of those work in nearby tea estates of Kodanad in Kotagiri, but in search I found those residence huts are known as Kokkal colony with a score of 78 household with population of 300+. This is a colony constructed by the govt. to the Kota tribes which has a uniform style of houses built with bricks, cement and red clay tiles roofs, and each holding a set of rooms. It has a steep path in separating the residences and adjutant to it is the mud road climbing up and a temple top. Just further from there gives a whole of green tea gardens view, taking away our breath and bearing the cold wind on face. This post may go through the Kota tribe life, history, culture and some more… 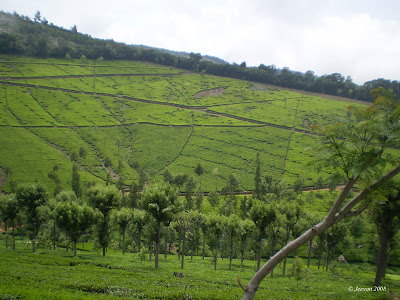 Kotagiri have a salubrious climate throughout year, comforts to say it’s the second most wonderful climate in world. It’s the name that refers from the dwelling peoples of this region, the Kota tribes hence those are similarly and closely related to the famous Toda of Nilgiris. Kota is the name derives from the word ‘Ko’ means the cow and it believed that their ancestor where living in cows and thus the place they survive called Kokkal, the resting place of cows. The connecting of Kota-giri comes in mean of ‘mountain of Kotas’. Though they are pre-historic living in slopes of Nilgiris, some study find they are migrating from several other places like northeastern countries and somewhere near Sudan. The journey of the Kota tribes began in the early years of eighteenth century and after more than a century back they came encountered with Europeans. 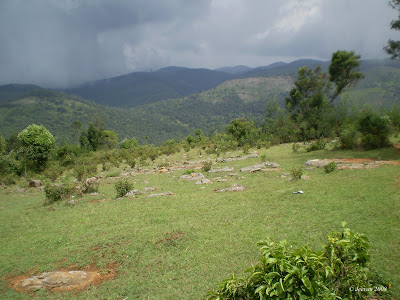 The Kotas are developed in traditions of artisans who are experts in art of pottery making and terracotta baking. And they have this very different culture of painting blue color on the faces of teens. This is what they believe in ghost, thus the child must die to become a man and the blue color is refers to death of their childhood. The costumes and dresses of these tribal add beauty and glamour with their dread color of blue paints on there face. This is a common belief in almost tribe communities and like offering wild beasts. In the modern day society and getting their children the education these sacrifices turns in offering money and gift, instead of wild animals. And they are the tribes whom reluctant and reclusively to meet or mix with any other outsiders. Thus they are currently counting thousand and getting least fast.
The Kota is the community develops their own system and every village has a leader acquired on the basis of their relations. He bears a role of arbiter with his political duties and responsibility; he is also the supervisor of religious rites and rituals. Their house is one I pictured in my travel, is an unusual view in huts. The bark house! These houses are similar to Todas dwell, is elliptical in shape, little beneath earth with either sides of wall enclosed. To get into deep, the hut has a tiny entrance (like a mouse hole to me) with 3 feet wide and tall. The entrance is mean to be small to be protected from wild animals and the front wall is shaded in strange black design and bamboo sticks to bend the roof. To know these are the houses still exist rarely in Nilgiris and among the most are shifted to huts and concrete roof houses. 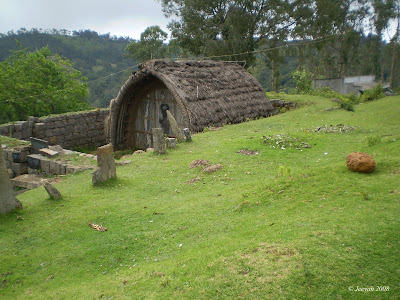 i have always wanted to meet tribal ppl and talk with them...hopefully one day i can :)

wow!! beautiful and now I feel like visiting those places...

this is so beautiful! i badly need a vacation!

Hi jeevan,
Very interesting.....this was new to me :)
You are really inquisitive and I'm glad....I get to learn through you :P

this was both interesting and informative...Ive been there so many times but never really knew so much..thanks for sharing and your pics are awesome ..esplly the last one

Nice reading about the Kotas.

You should have snapped a pic of them :)

Kavi – sure we must. Thanks.

Meghna – Thanks so much dear :) Its please I give a least.

Lakshmi – Thanks so much for sharing buddy. I too never know about the tribes until I leave there.

Sameera – everybody seems indifferent, finding who tribes are uneasy I think. Thanks buddy :)

lovely reading this post with the beautiful photos & the descriptions!

A highly informative post and I leant about a new Tribal community. Did you happen to meet any of these people?

was showing ur post to my mom! well kotagiri is our native plus, those pics and your description was good! hey good to know that there are people who appreciate that kind of different life!!!

tell you something! living there is a total bliss!!

Hi,Do you know the prehistoric kings who ruled kothagiri and about the padugas?Thank u.

You're horrible at passwords.