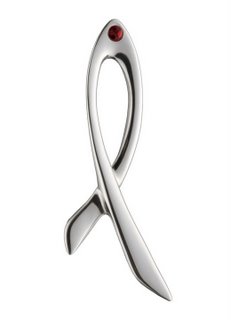 World AIDS Day is an annual health campaign aimed at raising global awareness of HIV and AIDS. As well as tackling the stigma and ignorance that continues to surround HIV and AIDS, organizations such as the National AIDS Trust aim to highlight the fact that no one has been cured - despite recent advances in HIV drug treatments.

About HIV and AIDS

HIV is one of the biggest social, economic and health challenges in the world. It is a global emergency claiming over 8,000 lives every day. In fact 5 people die of AIDS every minute. HIV stands for Human Immunodeficiency Virus. This is the virus known to cause AIDS (Acquired Immune Deficiency Syndrome). If someone is HIV-positive, it means they have been infected with the virus.

A person infected with HIV does not have AIDS until the virus seriously damages their immune system, making them vulnerable to a range of infections, some of which can lead to death. HIV is transmitted through body fluids in particular blood, semen, vaginal secretions and breast milk, in fact there are only four ways you can become HIV positive.

In 2005, over 3 million people acquired HIV, which means there are now over 40 million people living with HIV and AIDS. Despite best efforts from governments, non-profit organisations and healthcare practitioners around the world, HIV and AIDS is still having huge global impact. In the UK, there are fewer people dying of AIDS but incidences of HIV in the UK. With testing and proper treatment, through anti-HIV drugs, many people in the UK are now able to halt or delay the damage caused by HIV.

How is HIV transmitted?

Other routes of transmission for HIV include HIV-infected blood product or donated organs, and from mother to baby (a women who is HIV-positive may pass on the virus to her unborn child during pregnancy or birth, or while breastfeeding). It's important to point out, however, that there are a number of steps a pregnant woman can take to reduce the chance of passing on HIV to her child, and blood products and donated organs are routinely tested for HIV in the UK. HIV can't be transmitted through kissing, cuddling, shaking hands, insect or animal bites, using a public toilet or swimming pool, or by sharing food or drink.

HIV is usually diagnosed using a blood test that detects antibodies to the virus. It may take up to 12 weeks after infection for these antibodies to be made, so an HIV test may initially be negative. However, all children born to infected mothers receive some of their mother's antibodies to HIV across the placenta. These may persists for up to 18 months, making antibody tests inaccurate. Newer blood tests can detect tiny quantities of the virus in the infant's blood, giving an accurate diagnosis in about 95 per cent of HIV-infected infants by three months of age.

AIDS is defined as a positive test for HIV combined with either an opportunistic infection (an infection that only occurs when your immune system isn't working properly, such pneumocystis carinii pneumonia) or an abnormally low level of a type of white blood cell called a CD4 lymphocyte (a count of 200 or less is abnormal - normal levels range from 600 to 1,000). Drug treatments, using a combination of several drugs known as highly active antiretroviral therapy, have greatly improved the outlook in AIDS. But drugs can't cure the infection and side effects and drug resistance are still a major problem. Other therapies can greatly improve quality of life.

The risk of transmission of the HIV virus from a mother to her child can be greatly reduced by using a combination of antiviral drugs. Choosing an elective caesarean delivery and, when possible, avoiding breastfeeding may also help to reduce the risk.
Posted by Jeevan at 12:36 am

Buddy Jeevan,
Very valid issue you have brought.
Good to see some thought-provoking information on this topic!

Jeevan - I have uploaded ur pics :)

Great article Jeevan. Very educative. Thanks for reminding all of us this important day where we all need to spread the message and handle this epidemic.

Vinesh – Thanks friend.
Today India is home to the second-largest AIDS epidemic in the world with more than 52,00,000 people living with the disease.
Of these, nearly 20,00,000 are women, and this number is rising fast.

Ibh – yes there are many things in this world like AIDS, we have to know about all. Thanks a lot.

Awakening – Me too hope.

Suman – we all should do some thing to spread this message to unknown person. It is my duty to put this article.

Angel - Thanks for your encouragment. :)

Hi Friend! You have a great blog over here!
Please accept my compliments and wishes for your happiness and success!
If you have a moment, please take a look at my vegetarian dog food recipes site.
Have a great day!

Hi Friend! You have a great blog over here!
Please accept my compliments and wishes for your happiness and success!
If you have a moment, please take a look at my venison dog food site.
Have a great day!

Hi Blogger, I found your blog quite informative.
I just came across your blog and wanted to
drop you a note telling you how impressed I was with it.
I give you my best wishes for your future endeavors.
If you have a moment, please visit my usa pet meds site.
Have a great week!

Hi Blogger, I found your blog quite informative.
I just came across your blog and wanted to
drop you a note telling you how impressed I was with it.
I give you my best wishes for your future endeavors.
If you have a moment, please visit my tweety bird party supplies site.
Have a great week!

Hi there Blogger, a real useful blog.Keep with the good work.
If you have a moment, please visit my air paris travel deals site.
I send you warm regards and wishes of continued success.

Hey, you have a great blog here! You really are very talented and deserve an honest compliment, congratulations! I'm definitely going to bookmark you!

Come and check it out when you get time, as I would be honored to help a hard-working person like you become successful in this business. Scott.

I have warts too. Does that Cure for Warts stuff really work? I'll do anything to avoid going back for that laser surgery.

Hi Blogger, I found your blog quite informative.
I just came across your blog and wanted to
drop you a note telling you how impressed I was with it.
I give you my best wishes for your future endeavors.
If you have a moment, please visit my youth hostel association site.
Have a great week!

I am here because of search results for blogs with a related topic to mine.
Please,accept my congratulations for your excellent work!
I have a white kittens site.
Come and check it out if you get time :-)
Best regards!