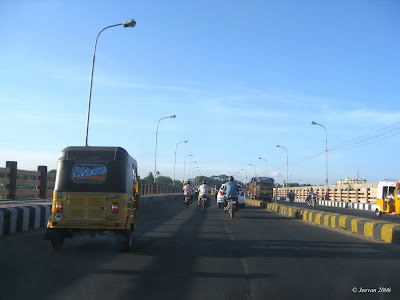 Change is usual, for a city like Chennai its more, but for me entering within city after shot long time sights new and different. I was quit forget about the restrictions made on advertisement boards on road sides, and it was something surprise to see the difference on the Adyar Bridge where the hording are removed and green plants and open space visible after years back, thus miss the entertainment looking at hoardings. The worst travel within city is the traffic; wonder it’s been weekend saved from standing on the road, but its rough travel. Visited marina on sat evening before the marg –Chennai marathon day, it was everywhere the sign boards of marathon hanging, the pollution was more because of construction process along marina yet beautifying. 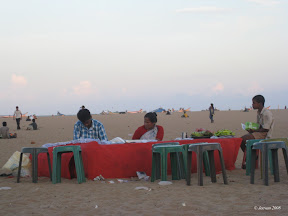 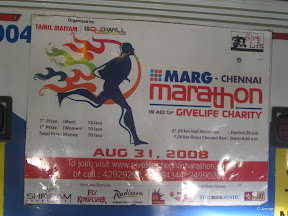 It was our pup maya attracts people attention, and in stagger hair everyone comes across look her for seconds, few take pictures in mobile and children nearby comes to play with her ball and she was interested more than playing to grab the ball. Parked oppose a small stall witnessing people enjoying having baji or food item there and it wasn’t nice seeing them throw away the papers everywhere thus making beach unclean. Don’t know where the restriction or ban sleeping on the shore without warring those make city unclean, this is something need to change in people and I see it harder for some still maintaining the habit of throwing anywhere. What it really need is in the development of string, the loose thing must be tightened to sound better good. The loose I mention is the practice of people

It’s the worst time for powers in state to cut down electric for hours. The last two week we face an hour shortcut in electric daily and from Monday onward the time was increased to one and half hour, at least it was better to think in Chennai, whereas the suburbs get 3 hours a day and in districts 5 hours a day shortage of current and somewhere it was limitless of cut. It seems getting aggression between people who lose their business and earnings; today there is nothing to move without electricity and it been a fundamental comfort of people. If not now, when are we going to replace ourselves using electricity? There are more industries coming up in state and to think there is no equal power produced by govt. The big industries are gaining more and least business men are suffering more. The wastage of electricity is visible, but politicians and rulers are not seeing that, everyday because of them, their celebration or inauguration the gleam is flood with electric. The nature has given its best; people closing their doors not giving them entry, the windows are powerful to see the world at its best alike through what u read this now! 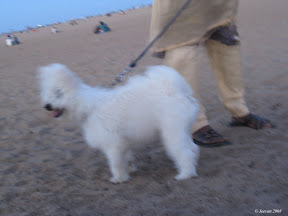 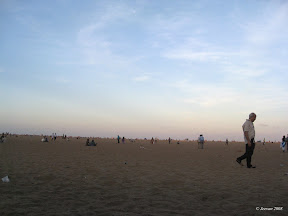 well i think something is going to happen...

Without power during rush hour is realy really hard. And here if you lose power, you cannot even cook or do anything as its all electrical.

Awww such a cute dog!

The power cuts seem to be omni present. Except for the powerful !

I hope we are all empowered to do something more !

it must be really hard with the power cut.don't know how everyone manages.You have an award waiting on my blog.

yeah..we are experiencing power cuts for 2 hours and at mid nights its for another 2 hours..kodumai..

//The worst travel within city is the traffic//
very true.. may be tats y its called a 'metropolitan' city..

Sad, one of my junior lost his life while running for a cause (marathon) becos of sudden cardiac arrest!

I am too wondering how they are going to meet the power demand in the future.

Jeeves – here they are very sharp on time of cutting! Early morning :(

Vishesh – whatever happens no way than facing!

Priya – good that we dint go that much using electrical!

Kavi – so true, I wonder whether they face the problem too! Thank you buddy :)

Starry – Thanks for the award dear :)

Keshi – Thanks, you’re most welcome keshi :)

Resonator – That’s too much friend! Enna koduma ithu thalaivargalea! It’s very sad someone lose the life running for good cause.

Ramesh – will the nuclear deal help hand?
Welcome here and thanks so much for commenting :)

You are doing wonders with your camera Jeevan. I loved the Adayar Bridge and the Beach snaps.

Power-cut :( It's a nightmare in chennai.