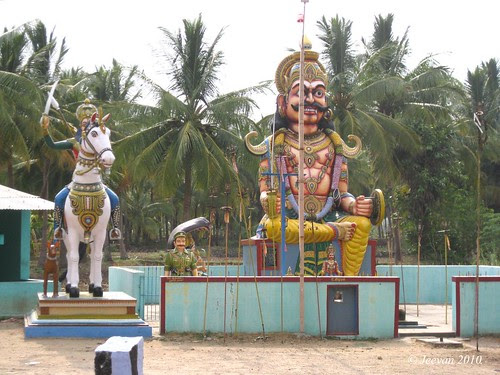 Couple of weeks before we had been to yercaud – a hill station in Tamil Nadu on the Eastern Ghats – and it was a great escape from the summer heat, though it wasn’t much cooler like ooty or kodaikanal, it was quite pleasant and relaxing. As we moved to yercaud, we heard the laila storm blows away the heat rage and turned the city much cooler like a kodaikanal and I guess it was the reflection where the cool drizzle and heavy thunder rain and wind in yercaud.

As we pack up in Chennai, it was scorching sunshine and even thought it doesn’t reflect much inside the car, the environment was damn hot. Just not even to forget or exit we can’t keep heads off, and it was such intense the heat waves. We could call it as the worst days of the year, while the temperature crosses 41*C. Not to forget the dry and bored highways that lacks everything except good road condition until we turn near tirupattur, a state highways that lead to Salem en route Uthangarai, Harur and Kuppanoor, where the ghat way begins to yercaud. 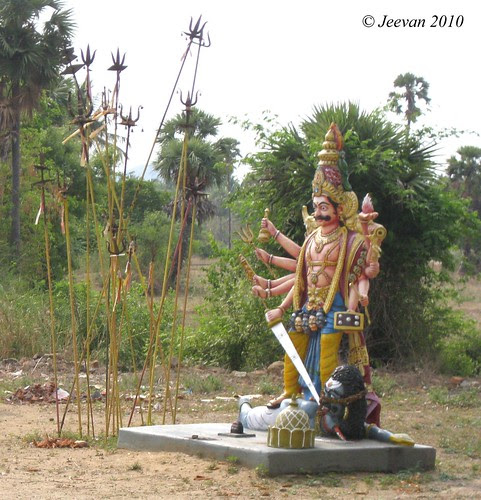 Not to forget, the road from tirupattur to kuppanoor was lovely laid, even though it was a double lane there are many ups and downs making the ride interesting with beside huge trees and stretching hills and often visiting villages are completely reminding me the earlier days of ride. Not to forget the huge statues of Ayyanar with a sword in hand that come on the way was noticeable.

The Ayyanar – guardian deity who is believed to protect the rural villages – was sitting so majestic on a stage and accompanied by a white horse rode by him are painted colorfully, which is a common sight in rural Tamil Nadu. The Ayyanar was also surrounded by few more statues and one of it was a ten hand statue holding various weapons, and stamping on someone evil and a sword piercing the body. In most Aiyanar temples, the various clay figures and idols reflect the social hierarchy and the gods are ranked acceding to the social and economical hierarchy in the village. 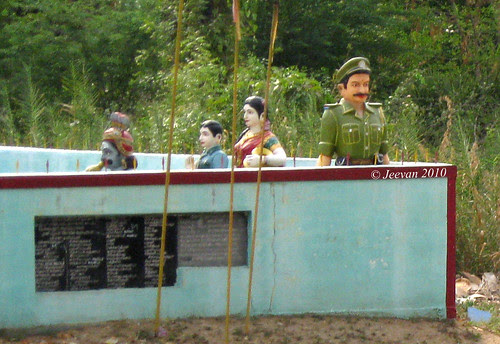 The Aiyanar temple built in an open space – with a little compound wall around the Ayyanar – like every other such temples that have no building and only figures get importance. In many villages the Aiyanar is ascribed as traditional family deity by various communities and clan groups, and these temples are usually built on the outskirts or at the border of rural villages throughout Tamil Nadu and the way they represent are in village guarding position.

The Aiyanar is a Tamil word derived from the root word ‘aiya’, which is a title often used by Tamils to call respectable people; and the popularity of aiyanar became even more pronounced from the chola’s period onwards. 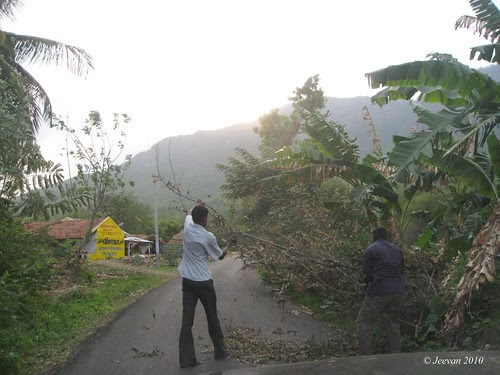 As we move near kuppanoor, the temperature began to reduce and wind started to blow heavily as we land at check post for coffee. It was great blowing wind, so cool and rising with sand and dust to branches and leaves to fall off and on road, it was something refreshingly new. After climbing least elevation on ghat, we find another Aiyanar statue among the bamboo forest and interestingly it was accompanied by statues of tiger, goat and snake-charmer.

The statue was just striking red in color and the place was quite silence, except the sound of crushing leaves and a dry stream appears near the temple. While climbing down the hills after visiting yercaud, we saw buzzing people around the temple, where some rituals going on along sacrificing goats. But we didn’t stop to watch and just viewed while passing away. It seems like the temple was some families traditional diety, and people gathered for some family ceremony. 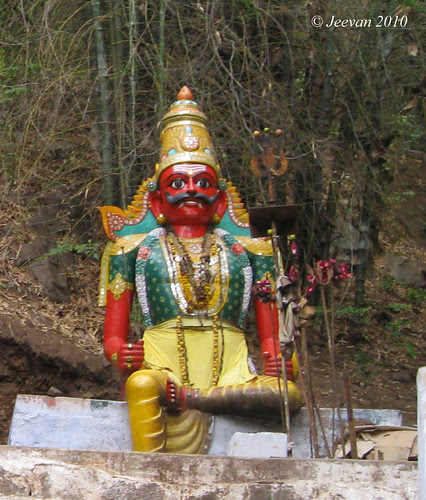 Ayyanar worship is a very ancient ancestral clan-based worship system linked to nature and fertility worship. The festivals of Ayyanars are celebrated in sacred groves during spring season by all the related clan. The ayyanar temples are always associated with weapons such as trident, sickle or lance. The priests are usually non-Brahmins; and however animals such as chicken and goats are offered to the deity, the sacrificial offering is pure vegetarian, according to wiki!
Posted by Jeevan at 8:16 am

lovely images of ayyanar..i find them interesting too..

Interesting post and nice images to go with it!

I haven't been to Yercaud before, but I hear it is pretty good......off beat, less populated and serene!

Lovely write up Jeevan and enjoyed looking at all the pictures.

Very interesting post with fabulous shots. The sculptures are huge.

I have been to yercaud once.i love tamilnadu sooo much!

They are truly great pictures :)

mirattukirar 'aiyanar'.
The fact is they are the statues of our forefathers who lived and ruled the places. And they were tall and gigantic in physique also.They lived for the people and did all good. That's why they have been given a Godly admiration and prayers.
karthik + amma