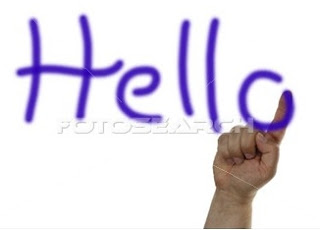 The first word enrolled out of tongue as a universal language of introduction lead us to the immense phase of relationship with someone and whatever great speech does not begins without hello. It’s a kind of word bring strangers into one’s comfort zone and across oceans and to space the sound of hello allow one reveal the conversation beyond whatever the message conveyed.
From wake-up to sleep, hello plays a vital role in engaging conversation with anyone and phones calls being led to hold credit, took the word to every corner of this world as impossible to leading phrases without spelling it loud as a salutation it becomes a common title for everyone to use. Hello, alternative of hallo, hollo and hullo is said to come from Old High German and apart spelled similar in many languages Hullo expressed by Thomas Edison on surprise misheard to Graham Bell’s initial use of Ahoy as a telephone greeting.

Today is World Hello Day! Begun in response to the conflict between Egypt and Israel in the fall of 1973, the day is observed by greeting others as a message for world leaders to use communication rather than using force to settle conflicts.
Posted by Jeevan at 6:57 am

hello jeevan :)
so true this word is magical.. it instantly leads u to the comfort zone :)

'HELLO' certainly a beautiful expression. Thank you for sharing.