Investigators believe that the blasts were meant to be a reminder of the ones in Mumbai in 1993, thereby indicating a far too obvious-for-comfort Pakistan-connection. The Mumbai blasts and the latest one in Delhi are similar in execution, aimed at fuelling communal tensions and even the explosive used RDX may be the same.

In Sarojini Market, the bomb was placed near a gas cylinder for maximum effect and in the DTC bus the seat where the bag was kept is said to be above the CNG cylinders. Iron nails and screws were packed into the bomb, a feature of the explosives used in Mumbai in 1993. (In the first major success in an extradition battle, the CBI today brought back one of India's most wanted terrorists Abu Salem, a prime accused in the 1993 Mumbai serial blasts along with his girl-friend Monica Bedi after a three-year legal process in Portugal.)

But, in the Mumbai blasts, Dawood Ibrahim’s and Tiger Memon’s boys made crucial mistakes and a grenade went off accidentally in a vehicle carrying explosives. In the Parliament attack, the cell phones found on the body of one of the dead led the Special Cell to the others. This time the Delhi Police, with no specific clues, have adopted the only strategy they are left with: sweep every inch of the floor. On the night of the blast, the police called for dossiers of criminals linked with Kashmir-based groups and visited Zakir Nagar, a Muslim-majority locality near Jamia Milia University, for information about new tenants.

The walled city also had visitors from the Special Cell. More than 20 Kashmiri youths were taken for interrogation to the Civil Lines camp, but, Special Cell, denied having detained them. In-between, Kashmir-based Islamic Inqilab Mehaz claimed responsibility for the blasts. This group was set up in 1996 with Lashkar-e-Toiba connections. They dint take there words seriously. A possible lead is some cell phone numbers, which were active in the blast sites minutes before the incident. Some of these calls were made to Pakistan. One immediate lead was a man in Saharanpur in western Uttar Pradesh who had made a call to Pakistan. But it turned out that he had a relative there. 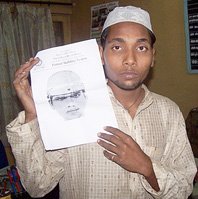 
The police are checking whether LeT militant Mohammed Arif’s conviction in the Red Fort attack case the same week was the provocation for the blasts; the Intelligence Bureau and the Special Cell have questioned Arif and his wife. Investigators are interrogating a Mohammad Nawab, who allegedly resembles the police sketch of the man who left the bomb in the bus. This case might take some time to crack. What is worrying is that with terrorists still at large, the possibility of a second wave cannot be ruled out.


On 8th November Police and intelligence authorities in Jammu and Kashmir said they have made the first substantial breakthrough in investigations of the October 29 serial bombing of New Delhi.

Ghulam Mohammad Mohiuddin, an alleged Hizb-ul-Mujahideen operative from the Banihal area of the district of Doda, was detained by troops of the 12 Rashtriya Rifles in a search operation on Sunday. Police and intelligence authorities brought him to Jammu late on Monday night for interrogation. Mohiuddin told to Police that a Banihal area Hizb ul-Mujahideen commander, Abdul Hamid, assigned him to the New Delhi operation. Mohiuddin told his interrogators that his services were requisitioned by the Lashkar-e-Taiba, which said it needed someone familiar with the capital to aid an ongoing operation.

When the Earthquake attack the Kashmir and Pakistan Occupied Kashmir, Army and Police of India and Pakistan told all terrorist were died in Quack, what happened now?

God, I hate terrorist! Why do they have to cause da worst terror... Sometimez I want all of em to dissapear off Earth! They jus dun undastand the pain they bring

quz boss - me too hate terror. one side nature is killing many people, another side terrorist are killing. god should help.