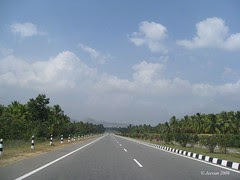 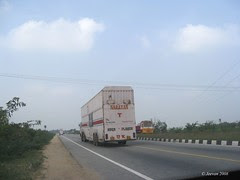 It took exactly 12 hours drive from Chennai to Pollachi, only stopping for breakfast, lunch and some rest. Throughout the day it was cloudy and least open sky to keep our journey sultry free and oppose from using AC, what I withstand this traveling. After packing luggage and then prepared breakfast we left home at 8am, coming across Kanchipuram we ate them all and our next stop for lunch in Dharmapuri. In seven months time, I see the road have picked up well across Dharmapuri, a part of Golden Quadrilateral project NH7 which links Kanyakumari and Varanasi in UP. The route we took is too long, minding the double and lack in kind of lane through center state, thus drive us through Mettur-Tirupur-Pollachi. Coming beside the huge trucks, wonders me the pressure and struggle involves in driving them. I could see them hit to climb the sloppy ways and to find reason those stable besides road is due to heat, which is reduced in night so as easy to drive. 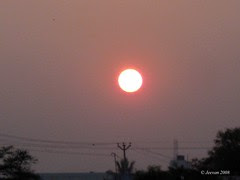 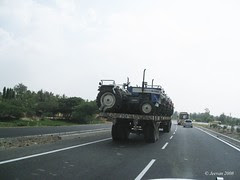 Until midday, there was foggy in atmosphere to unclean views of hills around. It’s so much to glimpse villages, towns and rivers, the Tirupur sounds triple more than T.Nagar in Chennai, kindly known as small Japan. The sun begins to set bright in color coming around Tirupur, and its dark evening by 8pm we reached Pollachi, waiting for the warden whom to guide us to govt. guest house, arranged by dad’s friend in Coimbatore. After having dinner which brought by warden, we went to an adjustable slumber. The next day dawns lately by 7.30am, after taking some pictures and breakfast, we get packed and headed towards Valparai which is some 60km from Pollachi... 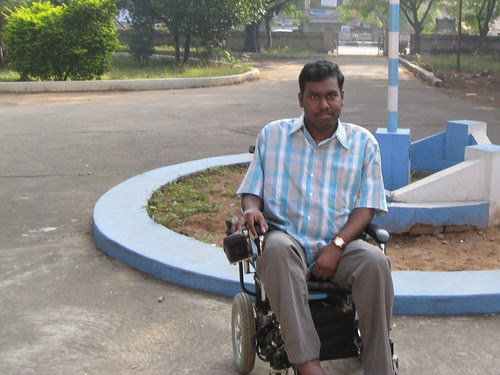 me before the guest house
Posted by Jeevan at 4:32 am

I am not suree if you visited Top Slip.. I have some very fond recollections of that place too.

Hey It seems u had a great time, Dharmapuri is my native, where I am born n brought up! coimbatore the place I had been for the last four years,, And Valparai is a lovely place enjoy jeeva...

I love the pink sunshine :D

Nice to read you Jeevan..

Lovely pictures, and good to see you there too :)

My brother is in Madras, and I have been for a few months...I love the bus/train journey from Madras to Trivandrum via Nagercoil. :)

look forward to reading your travelogue Jeevan -- your simplicity is very appealing :)

Dear jeevan,
expecting more photos.Happy to hear from you that you tried to locate my farm in Mettur and I was very hopeful that you would come out with beautiful photos.B'cause the scenery would be so captivating, with river+paddy fields+hills behind making a dreamy land.Anyhow I am sure your Valparai photos would make it.
Seeker, are you from Dharmapuri? I am from Mecheri.
JEEVAN, come out with lots more.
anbudan
karthik+amma

Hope u had a good time, nice shots. cheers

Kavi – actually we planned to visit and stay one night in top slip, but somehow we dropped the plan to cover in future trips. Thanks, of course it was :)

The Seeker – Thanks buddy; I have seen dharmapuri in ur profile but don’t know its ur native. Valparai was heaven and peace.

Miladysa – Thanks dear :) will check ur blog soon.

Devika – glad to receive ur comments dear. Thanks so much, sure I will make it more and hope without boring u all :) I know Trivandrum to nagercoil is scenic traveling, and I wish sometime I come across those places.

Ponniyinselvan – sure I will bring more pictures here. It was really fate, when easily finding your village and can’t find ur place alone! I am so much with you on the views, its wonderful coming along the river and fields. I hopeful that we can spend or stay for sometime there to capture the moments and nature :) We manage to stop at some village near mettur, at least I get those pictures.

Ammu – I love traveling, so this hours doesn’t mattered me. Anyhow that’s too long, but its not often gets solace.

nice pics Jeevan..hope u had a good time...

I enjoyed much my time reading about your trip and watching your beautiful pics.
Last pic is a special one! You look great with your sweet smile.