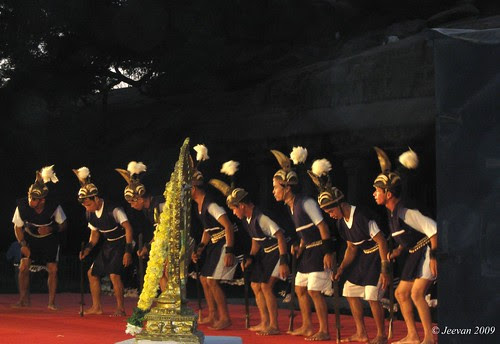 My sister invites us to witnessing the Indian dance festival happening from Dec 25-Jan25, 09 in mamallapuram, so as visiting her as celebrating Pongal. Being renowned tourist place, it attracts more visitors on festival days, so decided to get there uncertainly on Saturday. On the way joins my aunt’s family and it was more fun adding to this trip. The intention was to sight the dance festival in evening and getting to shore temple after noon, but still there was crowd left by festival season and time was less, there was another idea of fishing and hook’s were brought by cousin, though time was less because most of the time spent on to conversation and what can the expectation when families get together.
After cuppa we start to walk and me on wheels towards the cheese ball, what can be than fun when walking together and those shared movements. We reached the garden come cheese ball after 15mintues walk, receiving some relatives on our way, and spent sometime on garden, around sculptures. By 6pm everyone was drive outside the complex by whistled guard, I wonder what people may do if stayed after 6pm. There are times this place was uncared and unclean, wandered by lives across anytime and excrements left over, must really appreciate the archeological and tourism department to make this place such beautification and attractive surface with grass floors and fencing around in care those unique sculptures and rock. Being so nice, we moved before those guards force. 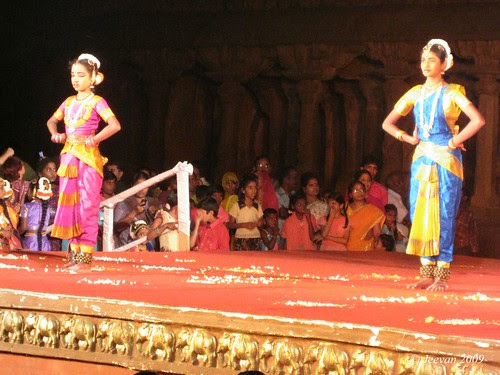 So we moved early to catch the dance festival on stage before the Arjuna’s Penance, in backdrop of renowned carved elephants. I unaware that days events, just went like that to view a strange performance by guys in crowned head and swords in hand, uttering some odd words, coming around the stage by striking the swords on floor. After sometime I get to know through someone in crowd, it was Arunachal Dance. I just Google to know it was Arpos Dance, played by Monpa tribe in Arunachal Pradesh, about 25 dancers, wearing helmets, carrying swords and look like ancient warriors, which describe the manner in ancestors tribe to defeat there enemies. It’s also the state dance of Arunachal Pradesh. To know, everyday there was some states traditional classic and folk dances are performed in festival. 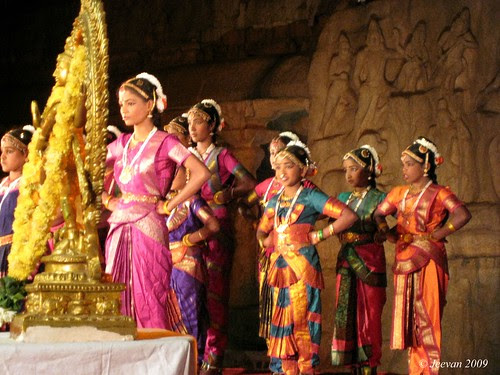 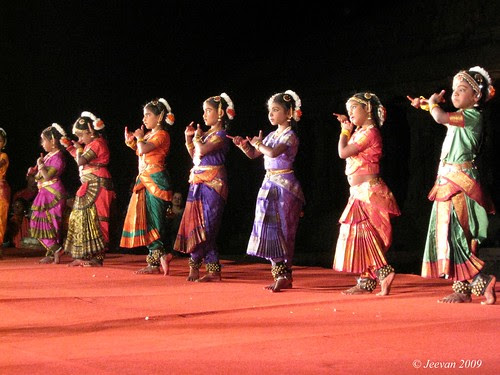 Next was our classical dance Bharatanatyam, performed by the local school students and resident children around Mamallapuram. It’s tough time later, the relatives and parents of the students take place around the stage covering the performance visibility, because we were standing beside the stage closed by wooden protection and they were entered through the gaps and mislead the guards. Finally they covered completely invisible, so we moved and bored to see not much variation in performance. It was late evening, cold weather, and back to sister’s home, having our dinner and arrived home by 9.40pm. About the festival, it expounds the classical dances of Indian states, in backdrop of glorious rock cut sculptures belong to 7th centuries of Pallava period. It’s an annual Indian dance festival organized by Tamil Nadu Tourism Department near the season to Pongal. More pictures can be seen here at my Dance Festival set. 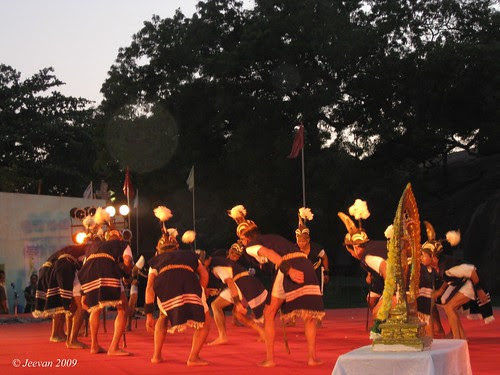 You get me very jealous !! I am so glad that you went and even more pleased that i am able to see this through your eyes and words !!

Every time I reach here, you offer a treat of colours and true from heart narratives from your life, Jeevan..

May all your days be full of colour and love...

It was our forefathers' good idea. If we learn an art, especially dance both our heart and body get refreshed and refined so that toxins from both mind and body gets eliminated and people remain and live evil free.
Because we have failed to learn it, nowadays we find all evils ruling us.

I wish I was there.love the pictures.

Looks like someone had real fun. I missed this. Glad you enjoyed dear

I always like to watch beautiful Indian festival, specially with dance.

Have a wonderful weekend!

been long bro, will update you soon on the status of my trip. been quite busy. take care jeevan, have a nice republic day holiday.

Wonderful post and pictures. It made me nostalgic and took me back to olden days.

Keep it up. Keep visiting Mahabs. It is a lovely place. I have enjoyed a lot in my younger days listening to the waves through out the night while sleeping near the shore. What a time it was!

Kavi – Thanks so much buddy, its encouraging your words :)

Devika – Thank you dear, I wonder through the little screen how colorful things around me and people, art and nature. Thanks for ur support. :)

Ponniyinselvan – truly said ma, and most time we forget to live nature.

Thooya – sure u will look very nice dear :)

Vishesh – I am sorry again, I wonder why its not loading for u alone. I have reduced the number of post into 3 on home page just think to reduce the loding time and still gives u trouble :( u can do check my flickr page by clicking my pictures in header or side bar.

GP – Thanks bro, hope ur comfort with you work and travel, take care :)

Balaji – Thank you friend, glad it took u back to memories. Sure, I try checking out more places and share with you all. Keep wondering and enjoy with your family. hugs