Be away and see they live 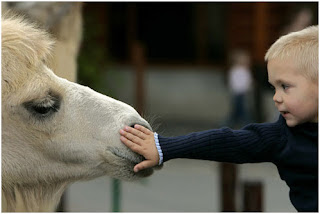 Humans and animals are the lives that shares earth equally; somewhere human population is less than animals both in the land and water. Human is also an animal who could thing and act and felt to understand, even thought some animals do and not that like humans. What human do is he tries to take over animals place and there life for his life to move. Today it stands for where the animal’s population is dropping and the cruelty acts on them increases. While celebrating the World animals week from October 4 – 10, its time for every one to think about animals, there security, the changes on living and support to stop the activates against them, esp. from humans. Who won’t like pet animals the cat dog… in animals too there are rich and stray dogs, where the rich ones were brought from shelters, but there would lots of dogs wandering on the streets with no care at all, even they die. We can’t blame people for this, but this can be solved with the support of people with NGO’s and govt.

Coming to our state Tamil nadu we hold a traditional festival of jalikattu (bull catch), where hundreds of people crowded to catch the bulls to show there heroism and get money. When this was conducted the bulls were sent to hard stress by the owners and catches where they put their whole strength to stop bulls by beating and pulling their tails. Traditions should taught good for the generations, not the cruel and harm history, nothing wrong in leaving that tradition that violate the kind.

Sanctuaries are where we could learn about animals alive, where today most of us see them behind the cages at Zoo. What matters is how we behave. What we practice always comes out automatically and it damages the lives of animals. One thing we must keep in mind is not to throw any artificial things on the sanctuaries or at animals. These activates create pollution threat to the nature and as well animals, where in case that would be a plastic, could harm the animals health and the colorful things attracts them mistakenly as food.

We know forest is the free place with no rules for animals, live like how the nature made them, but we stop them and force rules for our comfort. We hear news’s often where the animals enter village and threaten people, destroy fields and banana groves. Are we sure they enter our place or we entered there’s. Tiger, lion, elephants are dangers animals for us, only we both meet. They are not coming in search of us, only we human go and disturb and create problem for them and human. Taking survey yearly once or for years once is not going to do with increasing or reducing the animals, there must be proper action take place. If we not even take any action, it could handle there life itself if we don`t disturb them. 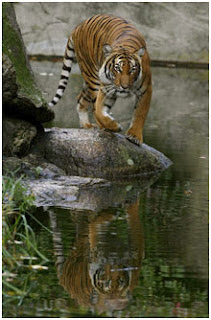 This is an important problem leading for years is the poaching animals. Where in India the tigers, lions, musk deer’s and elephants where most hutted illegally by gangs for there skins, bones for cosmetic, medicines, food and elephants tusk for ivory. Most of the poaching happens in pointing the southeastern countries where the people use more animal’s organs. Nowadays these animals have been found little in forests where in some forest there species itself lost. Recent a study in one of the forest in south Tamil nadu famous for tigers made a report it has no tigers. Sea hunting the global problem carries different aims, one to catch fishes for food that in the limited sea area and on what to catch, but illegal hunting take place somewhere that kills species for money. How they hunt them shocks actually where most are whales and dolphins. You can get some ten ways to make the world better for animals here.

I could find news for last two days on animals security and how far the animals where affected and what media was doing is really good, but it should not stopped by the end of the week. Today most of us watch television and almost every one own a TV at home in India and the media plays an important role in aware of people, where if they give little space for the animals need and what unnecessary from people could improve the situation.
# Current congenial song is a lovely one from old super hit film Anbe Vaa.
Posted by Jeevan at 5:00 am

An affection towards animals should come from within. Many ppl' just don't care and if u ask, when ppl' die why worry about animals. Isn't our sixth sense taken for granted by destryoing too many things in our lives.

If ppl' are able to take a leftout child to Orphonage, why not animals to shelter??

Hello jeevan,
i could very well understand how u feel abt this. :) I have t same feeling. And i wish - pray for thier safety & well being.

Not to forget - great selection of pics. They are just so cute :)

Sorry i was not regular to the blogs offlate. Not that i nt..but couldn't i hardly came online. Will be regular from now on... :) Am back.

Jeevan, u r doing a wonderful job by bringing many useful & thoughtful informations.

Ya, we have to think about their freedom...

This was wonderful reading Jeevan, I just can't agree with your thoughts more. You have highlighted very necessary issues which are prevalent in all over India, and needs to be checked to protect our precious wildlife, which are also important for our survival.

A very sweet and sensitive post.I think humans and animals should be treated well.and we need to protect all animals and birds and not the endangered species only.A very thought provoking post Jeevan.

Priya - Animal care and humanity should catch it from their childhood. People are enemies for people themselves. Nicely said priya.

Marutham – Hi buddy, how are u? Thank you so much and nice to see u here after sometimes. Checked u have post some songs, would listen them soon. Take care and Cheers :)

Kalai – Thank you friend :) we should stop the situation that could happen to seeing them only in Zoo.

Kalyan – what we see and hear comes more to mind, but there are lost of illegal activities happen on precious livings must need more care too. I agree buddy, thanks.

Starry – Thank you dear. ya we have to do concentrate on all animals need and protection.

Hi Jeeven!
I don't understand why people are so cruel for animals and for each other too.
Great post!
Celebrating the World animals week from October 4 – 10, its great idea.
Thanks!