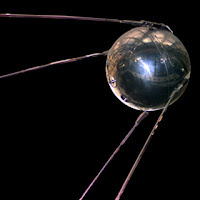 It was the last Thursday (Oct4.) when it was fifty years ago, the later ten years after India’s independence; even most of us today wouldn’t born, the tick sound of countdown across the world awake to this globe shaped Sputnik. The first step in the space history, science and technology and the everyday usage of humans, the first artificial satellite Sputnik launched on space by the then Soviet Union on October 4, 1957. Visible out of this world gravity, climbing in the atmosphere and into the orbit, it crosses the first-foot into a new point of human experience.
It was the time of fear and division in which the two power nations the Soviet Union and the US stared each other down in a threat of mass destruction at Cold War. Sputnik altered the nature and scope of the Cold war. A simple sphere weighting just 83kg and0.6 meter wide, it had a highly shiny surface of aluminium, the better to reflect sunlight and be visible from earth. Two radio transmitters with antennas starts sending signals frequently that the scientists could pick up and so confirm the achievement. The Russians clearly intended Sputnik as a statement of their technological brave and its military implications. But even they, it seems, had not foreseen the frenzied response their success provoked. 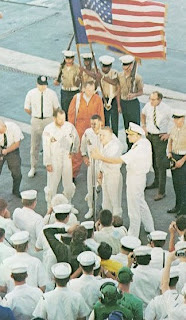 At that time the junior senator from Massachusetts John F.Kennedy with no particular interest in space and unheralded Russian Pilot Yuri A. Gagarin, the record setter for the fastest transcontinental jet fighter from New York to Los Angeles and the marine corps pilot John H.Glenn Jr with Neil A. Armstrong who was testing high performance aircraft in the California desert couldn’t think their lives were to change soon as were there are thousands of technicians, engineers everywhere. The Apollo 8 astronauts were the first to circle the moon in December 1968 where they had a very pleasant watch of earth with blue and green under swirls of clouds. It was a great gift for them at the time of confusion and despair in the year of rioting cities and a war.

Then it was Apollo 11 on July 20, 1969, Armstrong stepped down from the landing craft’s ladder and took a great leap where Aldrin joined him for the first walk on the moon. In the contrast of explorations, the world watching on television. By the end of 1972, the last of the 12 men to walk on the moon packed up and returned home. Since the landing on the moon, the Americans and Russians craft have explored Venus and US vehicles has landed on Mars for much times and a European capsule reached the surfaces of Saturn’s moon titan. The Voyager spacecraft are now approaching the edge of the solar system and the Hubble Space Telescope still sends images from deep in cosmic time.

Now where in India, the Indian space men’s are planning a manned mission to orbit the moon in 2015 after seven years of Chandrayaan-1 that would blast off on India’s first moon mission next month and Chandrayaan-2 in 2010.
Posted by Jeevan at 4:28 am

Jeevan, that was an amazing post about our technology....

Thanks 4 giving such nice informations....

Jeevan thanks for all this info.found it very interesting.

we see a great future for space travel...just hope it doesn't spin down into religion+politics prevalent in India. Thus far science have been independent, lets c what happens.

Hi Jeevan!
Very well written post.
I remember the first arificial satelite Sputnik by the Soviet Union. I was in The Elementary School that time.

Have a nice weekend!

I appreciate your concern.

Kalai – thanks for sharing too friend.

GP – we could proceed smoothly till they din’t enter in the space technology.

Krystyna – Thanks so much krish, hope our Indians do well. It’s great to know u have been experiencing of those times of launching Sputnik. I wish Kevin always, that he comes out of difficulties step-by-step soon. Hugsssssss.