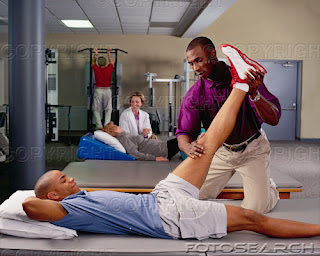 I missed to wish my new physiotherapist on his second visit on Sunday that was his birthday. I met him on Saturday at home, where he tested and inquired about my medical reports to make aware before giving treatments. He is a graduate in naturopathy and was practicing in hospitals for over six months. When in search of a therapist we was introducing from our neighbor grandpa to offer him, who was the son of our street Ganesh temple’s priest. Dad and the priest well knew for a year some, in a talk we know his son was a therapist without knowing any other information, where the time our neighbor grandpa was close to the priest and urged him to do therapy for me. Except physiotherapy, he want me take the naturopathy treatment too, where it will support more in addiction to therapy. He gave me mild exercise yesterday with acupressure and he was to increase step-by-step. It was bored at evening, mom and me was decided to step out to have my ride at wheels, though near the gate found our therapist arrive and turned to home. Coming to the miss to wish is, I don’t know it was his birthday, but I came to know from his cellular speech to someone. I was in pause to wish or not, whether he may mistake me watching his phone conversation.

It was an expected end of a program Ooh la la la... (the new magic of music) in Sun TV. I was watching this program from the beginning, each performance would feel enjoyable. Enthusiastic of the music reaches high, the vocal, instruments and allover the equal importance of each player is behind the excitement. I sit to guess with performance who would win, but it was calculated in deep I think, so much time what I feel would go reverse. The best part of this program was at finals, where the performance before AR.Rahman was wonderful. There was a hard work on each team, I was in excite to know whom the finalities to have the chance of doing album in rahman’s studio, but surprisingly Rahman done extraordinary by selecting all six bands. In the entire bands I like the Zinx, V3 & Oxygen’s performance. Zinx they are in full energetic, the vocal and instruments mixes well for the songs. I must have to tell about this girl Zinx Sandhiya’s delighted voice and face expressing, it’s pleasing. Her last song Neatru Illatha mattram was superb. There was a guy in the V3 I think not sure, giving his full energy to bring out, if he little bit reduce his stress that would be finer. I just don’t want this program to end here… it was remarkable, having seen singers program but new for a band performance. 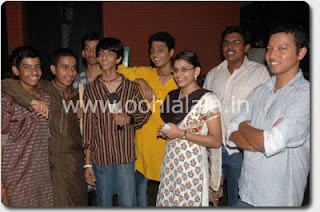 If it was possible for this, their would be also possibilities to bring the rural musicals to light for the world. Every time I have this thought when seeing the more film shadow of music programs. Sure it will be a new and unusual if they conduct a search for the best of our Indian and importantly Tamil rural folk performance. The dying art must also be encouraged where it glanced little lightning from people. By the way today is our Rocket man’s birthday, guessed right na. Yes its our former President of India A.P.J. Abdul Kalam’s B’day. Wish he lives longer, healthier to guide our India on develop path.
Posted by Jeevan at 3:06 am

lovely reading this post & we also wish for a healthy and a long life for our favourite former president APJ Abdul Kalam!

Hope u have loads of good luck with ur new physiotherpist Jeev!!
:)

Iam sure u will have a nice improvement with ur physiotherapist. God is with us. Dont worry friend....

I didnt had a chance of watching that program in Sun TV. But really enjoyed with ur words...

I agree with ur thought of improving our rural folk performance.. u r exactly right..

We wish our Rocket Man to have a very long peaceful & happiest life...

Im sure ur new Physio will bring u loads of fresh health and good luck.

Kalai – Thank you so much friend, your words feels so kind. I am glad to share with you, it was a nice entertainment on music. Ya we have to bring the folks of rural, it’s the basic of the natural music.

Hi Jeevan!
Very good that you have
Physiotherapist and he is near from you. You need this kind of therapy for long time.
In my opinion exercises are the most important.
Short, but a few times a day by yourself too.

Good luck to both of you!