More than the Rainforest, there was much we covered on the first day in Valparai, visiting Athirapally Falls in Kerala. We plan to begin early our travel, as we need to cover much distance across dense forest, but somehow we managed to leave home by 9 and reached Sholayar dam by 10. We could see the backwaters of Sholayar reservoir about 9km on the way before the dam. That was a pleasant view of the reservoir water in sky blue color and clumps of tea gardens around. We moved after taking some pictures and because of some restore working going on, the permission was denied to enter the dam. Then after breakfast in a small restaurant near sholayar, we proceed… What’s special about the Sholayar dam is ‘it’s a second highest dam in Asia constructed by rocks’. This is one important place in valparai to attract tourist. 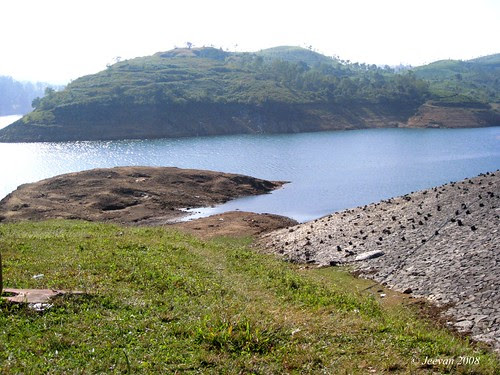 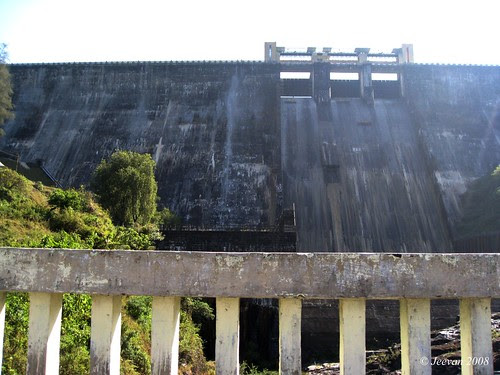 On the way some 30km away we found a scenic place called Sholayar dam-2. In the middle of thick forest of bushes lies this undisturbed blue pool! This space is completely haven of nature which needs to be protected from humans claim and one of my favorite sites is this, what I wish to survey again. As it was in the mid-rainforest, seems never get dry and receives water from Sholayar-1. The water from this dam passes through three large pipers and not clearly, after used for hydropower, the water is drive into a channel which persuade into small falls and lake on the way later to flow from an height of 80ft as Athirapally falls to merge with Chalakkudy river. A small falls I mean is something more delight than the huge Athirapally, which is crowded and unfit to enjoy the water than just viewing the stunning waterfalls. We stopped at somewhere in between before to Athirapally, to find a large stream and falls where my bro and uncle went to bath, which was occupied by some guys and with there support they stepped into the forced water. They never have a mind to leave the place and unless we forced to bring them out of water. 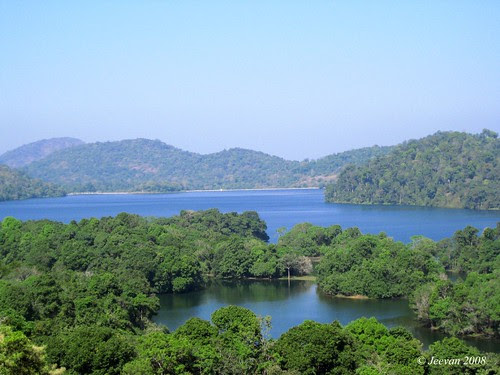 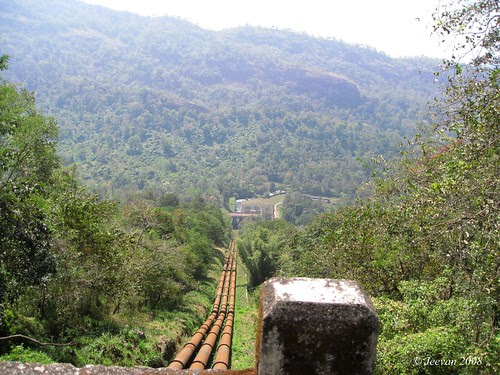 I haven’t expected the Athirapally Fall to be such crowded tourist place. This is a place renowned as shooting spot and it is also called as Punnagai Mannan Falls, where the movie's suicide scene was shot. Except me and driver, everyone climbed to the top of the falls to take a dip in water before it falls and we parked our vehicle somewhere to view the falls. After they return, we had our lunch in a hotel there and it’s the Kerala cuisine that savor’s different. On our way back we stopped at few places to take snaps including a waterfall beside the road and I know it could be something wonderful when it flows fully. It had darkened even before we left the dense forest. The sky opened and closed with either sides of trees and shrubs with crying of monkeys and birds. About 7 in evening we stopped nearby Valpari to have our coffee/tea, and got to hear some scary stories from the village guys about Cheetahs attack and there surprise at seeing our pet, told, the villagers wishfully had many dogs alike ours to only get distress by losing them to cheetah. They also advised us to keep our pet safe, where cheetah could come for its smell. Valparai with milk shortage often, people here got to taste Cuttan Chaya (a tea made with hot water or black tea). 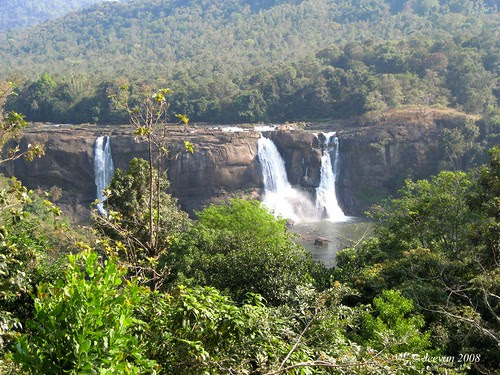 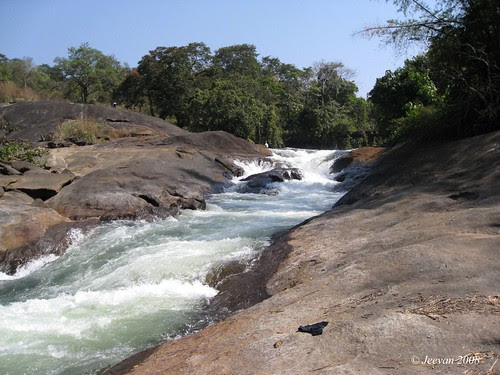 I think and felt how wonderful the nature was about to be boundless ones and still, where rivers had there freedom to run and flow wherever it needs, to fill our thirst. But our stupid minds blocked with sketches and fight each day for the natural resource. The Sholayar dams remained to be an important part in storing water and connecting interior states of Tamil Nadu and Kerala in support of water shortage or flood. The dam water that flows into KL is driven back again into the TN through the Parambikulam-Aliyar Project, after filling there needs. Something I wonder about Valparai is ‘it has the excess number of dams of 6 within a small region of hills’ that are nearly connect with each other. I think these links could be an ideal in connecting dams and rivers across nation. The purpose of everything was to save the water, the integral part of our lives and future, and the though that rose at that period of time should be praised actually.
Posted by Jeevan at 2:33 am

I have been here. Very nice travellogue

beautiful place. very nice point jeevan, we should not fight but should share our natural resources.

I have heard so much of this place, but could never chalk out a plan to visit the place. Hopefully soon!

WOW! this is like the hard core inside scoop :) amazing dear
Thanks for sharing
Cheers

loved the last pics a lot ... ur camera lenses seem to be talking to ur mind's eye

It is so lovely that you allow us to all share in your journey my dear friend.


I read this yesterday, but the comment box wasn't opening..

I will mail you..sometime in the day or night, dear

happy to meet you. well written journey. i have something similar in my blog too.from kerala

keep up
cu around