Awaking early 4 in the morning is something tough when it comes to winter season especially. But when it was for traveling means something cool and charm if it was on the ECR (along seashore) to me. The purpose to get up such early or midnight (for me, who wakeup often by 8 or 9am) is nothing to wonder, because it was an event of my sister’s newly build home in Mamallapuram, we’re to attend. The sky remained dark and moist in surface caused me to raise windows, and roads less with people and vehicles, made easier the travel. It was about 6am we reached sis home and the customs where over enough, with least relative to receive. After spending triple of hours there, having our coffee and breakfast, we told and began our travel as per our plan to visit Vedanthangal bird sanctuary about 80km from Chennai.
We wasted sometime in mamallpuram searching for a binocular, after buying something like used by children for nothing, we came across Thirukalkundam and Chengalpet, after buying something for our lunch and reached Vedanthangal around none, which is 12km interior right before Mathuranthagam on the GST road. I wised to be there in morning to see more birds, where later they will fly away in search of grains and return only by evening. Even though we had to see more birds this time ever before and got to know, those are half the birds and by evening one could see only birds except trees! Gladly the tourism dept had build a ramp to climb easily on the lake bank and the pathway are also good to move around. The time we reached, there were preschool children visiting the park and having lunch on the pathway, so we waited sometime for them to finish and we’re no were to disturb them right! The kids were so sweet and nice, and adorn to have them around. 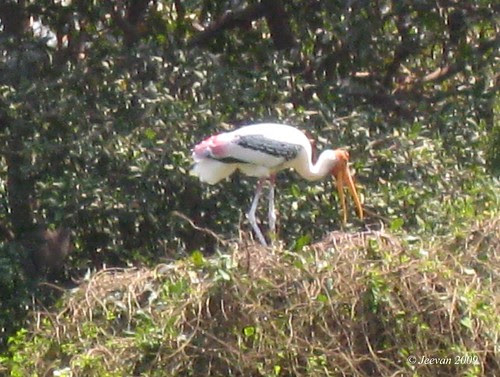 There were so many birds migrated from around the world, and most of all was the painted storks. They caught our eyes easily and except those, there were Darters moving on the lake, keeping its head and neck above the water for sometime and get inside the water. The Little Cormorants move far way in water, followed by its chicks. The common Egrets were not seen more, but on the other side of the lake – the farmer fields, I could find some of them around a solo buffalo! There was a telescope tower for a free of cost and my cousin bro and mom climbed on it to get some glimpse on pictures. Moving further on the pathway takes to a view point, where one could see a vastness of the lake with birds at distance.
After the lunch it was an entertainment moment from monkeys. There were 2 adult monkeys and its 3 cute kids. Soon they saw us having lunch; they came around near slowly and began to stare us. We dropped some food later on the pavement sitter and they began to load as much inside there mouth to look like each have two balls beside there mouth! After taking some pictures and videos of there playful activities, we left the sanctuary around 2pm. On the way dad wished to visit our relative house near Mathuranthagam and there was much time left for evening dark, so we went and spend sometime. It was a village house with separate place for cattle and backyard views of green fields. This is a place I could not forget easily, where I experienced my first and last ice cubes rain somewhere 14 years back! That too was on the same process I think, after visiting Vedanthangal! By 6.30pm we were near home. It was a smooth ride until Tambaram, from where the traffic snail began. First time coming across the newly build flyover at Kathipara Junction – a gate to Chennai, we missed the directing as noted by newspapers already and covered an extra distance to reach home. 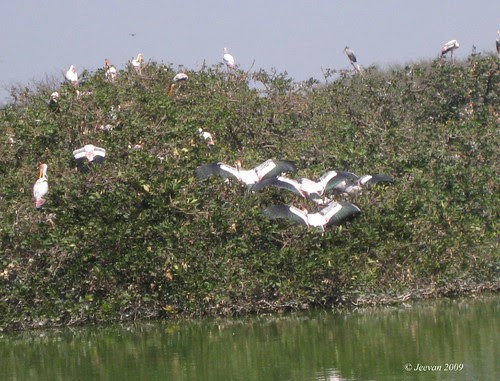 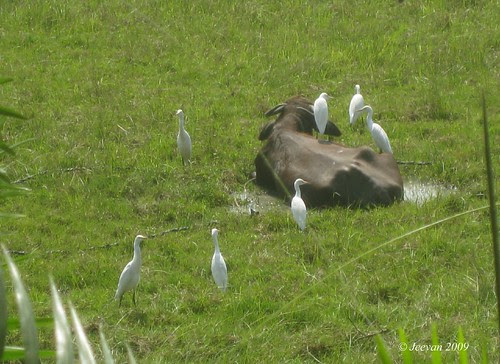 The troublesome egrets around a buffalo 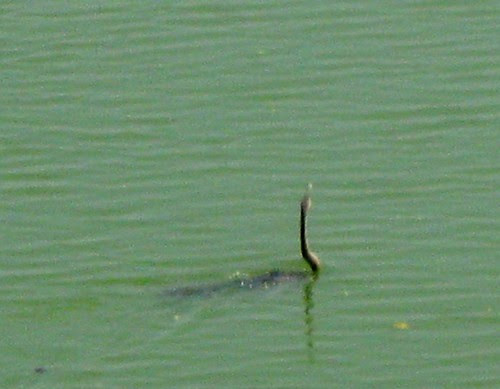 A darter rise it neck’s 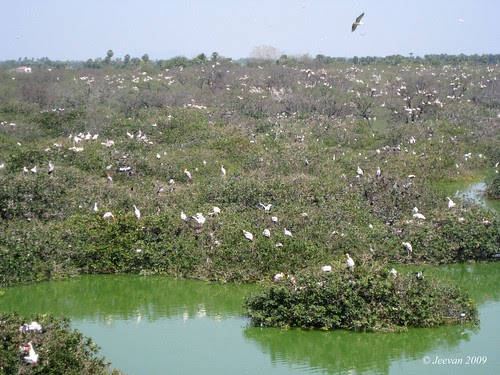 A part of the crowded birds 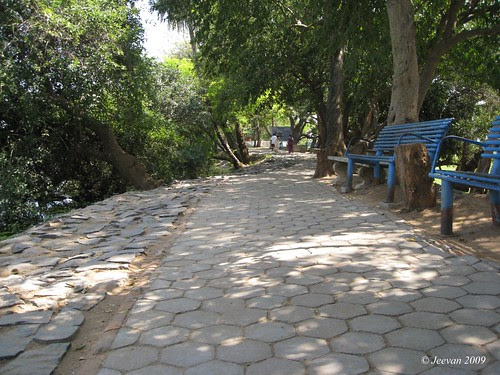 The pathway takes us along the lake bank 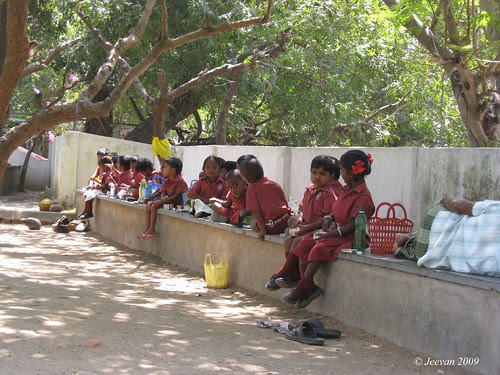 Children at there excursion, and having halfway lunch
For remaining pictures check my Flickr
Posted by Jeevan at 8:42 am

Great shots ! Thanks for sharing. You seem to inspire us to come down there !!

Hey what a great day out and discovered the lovely birds :)

I enjoyed seeing the children relaxing there too.

nice Jeevan :) I want to visit the place soon :P and did I tell you ,you are tagged :P

you seem to had great time jeevan, pictures are very good.

These shots are very welcoming! I would love to visit the place.

I have always wanted to visit Vedanthangal since childhood.Great you went there and brought it to me :)

wonderful pics...brings back memories..we had gone to Vedanthangal on the day of the tsunami..had no idea really ..

I love birds. And my photographs proved that. Thanks for sharing these images with us.

Have heard so much about this place which I hope to visit someday!

Thanks so much everyone :)

Hope u all enjoy this post and glad it makes u want to visit this place, and I wish u all get the opportunity soon.