How the cyclone got its name?

Cyclones are named to provide easy communication regarding forecasts and warnings. 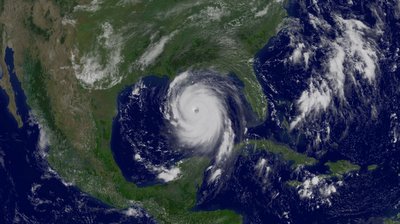 Those of you who live by the sea would know that the cool, sea breeze blows on land during the night. You must also have read about the devastating cyclones and hurricanes like the recent Katrina that sweep across the sea and strike the land without a warning. All winds are caused by changes in temperature. Whenever air gets heated, it expands and becomes lighter. The lighter air rises and the heavier cooler air rushes in to take its place. The speed of movement of this air makes the wind blow at varying speeds.

In 19th Century, Sir Francis Beaufort, a British Admiral, designed a scale to categorise wind. On this scale, zero represents absolute stillness, and five, a gentle breeze. Force 8 represents a moderate gale, which breaks twigs off trees, while a storm is a wind of Force 10. Storms of intensity between 11 and 17 are generally known as tropical cyclones. These go by different names in different parts of the world. In the West Indies they are hurricanes, while in the U.S, they are tornadoes. In the China Seas, they are called typhoons, while it is a cyclone in the Indian Ocean. Along the west coast of Australia, the tropical storms are known as the willy-willies.

Tropical cyclones are given names to provide ease of communication between forecasters and the general public regarding forecasts, and warnings. Since the storms can often last a week or longer and that more than one can be occurring in the same basin at the same time, names can reduce the confusion. During World War II, tropical cyclones were informally given women's names. Today, the lists of names generated by the National Hurricane Center, alternate between male and female.

The names are arranged alphabetically. The first tropical storm of the year has a name that begins with A. The second is given a name that begins with B and so on. The list continues to W, but Q and U are omitted. There are six such lists of 21 names that are rotated every six years. A name is retired or taken off the list if the cyclone bearing it was particularly notorious and caused loss of life.

Beginning on January 1, 2000, tropical cyclones in the Northwest Pacific basin are being named from a new and different list. The new names are Asian names and were contributed by all members of the Typhoon Committee.

Link to my Car blog Shyam'ssss
Posted by Jeevan at 1:00 am

thanks for the info.
was just wondering about mala.
how is she doing?

reva - Mala is doing her best, the low area people are feared about her.

Looks like the destruction by Mala is not too bad especially compared to the losses during the stampede?

This is some very good information. Thanx!

mala has become kaala to many people

yeah talking about the stampede..

Angel – yes it was a bad incident. Last year we suffer form tsunami, this year the rain and relied stamped. The government should give prison for the people who spread rumors.

Awakening – mala has showed her face and gone. Our people are challenging the US in keeping names for Cyclone.

Reva – enna pandrathu, they should have séance, any body will give relief at midnight.