Was it Santa's birthday?

The glitter and the gifts of the season seem to have sent the reason for the Christmas celebration into the background. 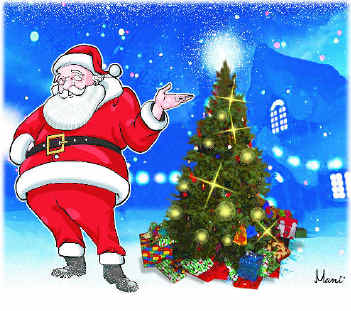 It is the season to be jolly, fa la la la la la, so went the carol from the MP3 player filling the room with its sweet melody. Christmas greetings including the e-cards had been sent, not a single important carol concert missed, hopped from one party to another, and the Christmas tree was ablaze with ornaments and lights. Mom had put the final touches to the plum cake and pudding. The star atop the tree seemed to twinkle with an ethereal light. The brightly wrapped gifts were placed beneath it.

It was December 25. In a short while the family returned after attending the Christmas midnight service. The cake was cut and a little wine sipped. It was time to greet one another A Merry Christmas to you!

Aunty Coral asked little Roshan whose birthday he thought they were celebrating. "Santa Claus", came the answer, quick and sure. One look at the roly-poly figure of the red-clad Christmas Father placed near the tree, and Roshan was sure he had the right answer. The stocking seemed bottomless. Gifts, can't seem to have enough of them. Seven-year-old Shanthini was cross: "Why didn't Uncle Prem in Germany send those yum Hershey chocolates this Christmas?"

Mom thought it time to put the record straight. Pointing to the manger scene at the foot of the Christmas tree, where baby Jesus lay and to the halo all around, she said, "Christmas is Jesus's birthday. Roshan interrupted, "But isn't it Santa who gets us the gifts?" "True," said Mom, "but December 25 is Christ's birthday. The birthday baby himself is the greatest gift to all who will accept Him. He is the reason for the season." Shanthini remembered the lines from the solo she sang at the school carol programme and she began :