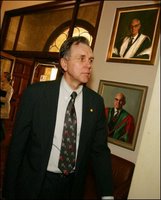 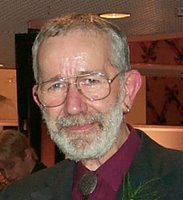 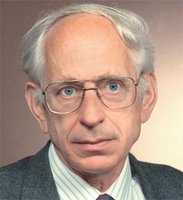 It’s that time of the year again. When the Nobel Prize winners are announced there’s a lot of goodwill and cheer in the air, a bit of he-didn’t deserve-it and a pinch of scandal. So when Australians Barry Marshall and Robin Warren were told they had won the Nobel Prize or medicine, they greeted the news with disbelief. After all, though it has been 23 years since the duo proved that the H. pylori bacteria causes peptic ulcer, skeptics still hung on to the old causes: stress and spicy food. Receiving the Nobel Prize is the last word in this argument, as it is for French scientist Yves Chauvin and Americans Robert H. Grubbs and Richard R. Schrock who share the prize for chemistry. It is an acknowledgement of their work in perfecting metathesis, a method of organic synthesis, which has helped make the manufacture of plastic and pharmaceuticals a greener option. 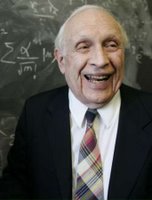 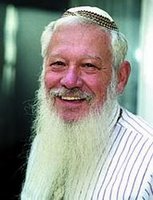 Space travel will get that futuristic edge thanks to Roy Glauber and John Hall to the US and Germany’s Theoder Haensch who created a measuring stick to measure time and distance with extreme accuracy. Perhaps, the strangest combos of joint winners are Israeli Robert J. Aumann and American Thomas C. Schelling, who were awarded the prize for economics. Aumann is a mathematician who loves dabbling in the technical while Schelling in the typical conventional economist; both, however, believe that the game theory (where a group of people take decisions that affect each other) is pivotal to society. 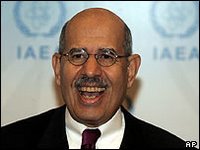 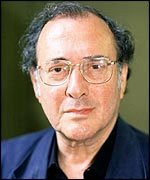 Now, to the controversies. When the International Atomic Energy Agency chief Mohammed EIBaradei got the Nobel Peace Prize, there were those who questioned his eligibility for the award. But the fact remains that EIBaradei has manoeuvred through sticky situations: irking the US by persisting that Iraq had no nukes and taking Libya through disarmament. The award acknowledges the courage of a man who says Atoms are for peace, not war, and work to ensure it. Then there’s the prize for literature, which after much deliberation went to British playwright Harold Pinter. Meanwhile, Knut Ahnlund, a member of the Swedish Academy (which decides the prize), is not done with spilling venom on last year’s winner, Elfriede Jelinek. He termed the author’s work a mass of text that appears shoveled together without a trace of artistic structure. The other big prize for literature, the Man Booker, was also awarded amid much drama. Critics panned winner John Banville as being plain lucky and faulted the jury for not going for stronger contenders like Julian Barnes.
Posted by Jeevan at 12:17 am

Nowaydays even the prestigious awards are marred by poilitical tones. But alas, these winners did something to the society.

They are the inspiration for the younger generations..

Dubukku – yes they are very great.

GP - Mohammed EIBaradei who got Nobel Peace Prize is very nice person, I saw his interview some days back. Nobel is a nice prize to show ther talents to the world.