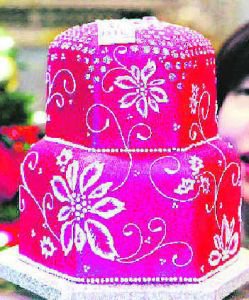 Diamond Cake
A diamond Christmas cake was on display in Japan. It's one of 17 diamond-related designs in an exhibit called "Diamonds: Nature's Miracle". The Tokyo pastry chef who created the work of art said it took six months to develop the design and one month to actually make the cake. The fruitcake itself is edible — apart from the 223 small diamonds on it. It goes on sale at Christmas. And it could be yours. The asking price? $1.65 million.

Santa Clauses from all over the world were in Sweden recently for the annual Santa Winter Games. The games started in the city of Gallivare as a local Christmas event in 2003. But word quickly spread. This year's competition included Santas from seven countries.

More than 50 Santas competed in classic Santa events such as sleigh and reindeer racing, porridge eating and chimney climbing. Last year's winner, a British Santa, had to hand over the coveted title to this year's winner, a Santa from Estonia. 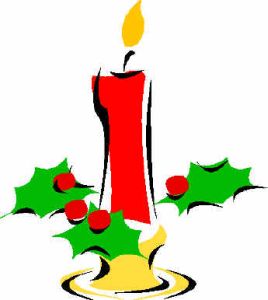 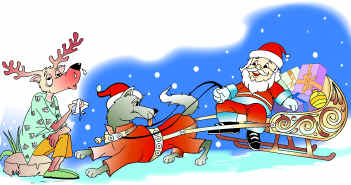 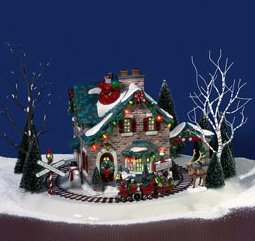 Santa's House
Posted by Jeevan at 1:17 am

Wow, a cool post. Diamond cake uh! What will they think next??

wow.. that diamond cake is amazing.
good to look at... but defeats the purpose of being a cake.

A cake is to be eaten, in a carefree manner.

May Lovely,
Happy Times,
Decorate your
Holiday Season,
May Warm, Special
Memories, Brighten your
New Year, May the wonder of
Christmas be with you forever.

Wish you a Happy Christmas Jeevan - I am back in London :) - Have updated my blog - do check it regularly from nowonwards :)

GP – Thanks friend. Who knows?

Reva – yes this cake is very dangerous. Wish you a Happy X-Mas.

Arjuna – Same to you my friend, sure I will check it regularly. Hope u had a nice journey

Jo – Same to you Friend.

I just came across your blog and wanted to drop you a note telling you how impressed I was with the information you have posted here.
I also have a web site & blog about neil diamond ticket
so I know what I'm talking about when I say your site is top-notch! Keep up the great work!