No Cash, No Credit Card, only Mobile Phone 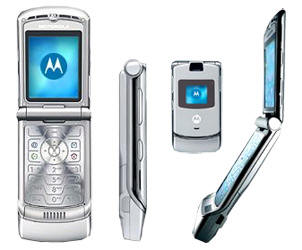 What’s new? An electronic wallet on your mobile phone

The very usage mobile phone could become an anachronism soon, with the kind of features added on to that beeping device in your pocket. Today, the device has become a personal communicator camera, email, text, organiser, chat, MP3 player and a video recorder. Add to this a revolutionary new task, an electronic wallet.

Airtel recently launched its mChq service, a first-of-a-kind credit card on the mobile SIM card in Delhi and Mumbai. It is a payment option between customers and retailers using, not your card, but your mobile phone. With the launch of this new service mobile phones now turn into virtual wallets and there is a chance that the entire concept of payment may change. It completely transforms the way people shop. This is the first time technology is taking off for civilian use in the country, though it has had varying degrees of success in the Philippines, Japan and South Korea, where it was first introduced.

So how does it work? With the help of a special software-embedded SIM card which is enabled to conduct cash transactions like a credit card. Airtel plans to replace the SIM cards of its subscribers with the mChq-enabled smart card, free of cost. Once the card is in your phone, it can work as your mobile wallet at shops, cinemas or services, which have signed in to the service.

For example, if you are buying a movie ticket for two for Rs 300, once you request for the tickets at the counter, the sales executive will issue a message to the back-end with the number of the customer and the payment amount. While the central computers of the service provider authenticate the merchant and the amount, a message is sent to the customer’s phone telling him about the shop (in this case your cinema hall) and the amount to be charged. To confirm the transaction, the customer has to punch in his four-digit password and send a Yes or No reply. If Yes, Rs 300 is debited from your account and confirmation is sent to the ticket counter, which then issues the ticket.

The whole transaction takes less than a minute, just like the credit card swiped at a shop counter.

Airtel is offering the service in tie-up with ICICI Bank and Visa card. The entire process applying for a smart SIM with mobile wallet, determining a person’s credit limit and the type of payment option (debit or credit) would be simpler for Airtel customers who also hold accounts or cards with ICICI Bank, since the account limits can be determined immediately. While the options will first be limited to upmarket bookstores and malls. For this, it plans to tap two kinds of markets: remote merchants with huge customer bases, like electric supply companies and large chain stores. It’s a technological and a mindset breakthrough. Airtel officials claim that the customer has to pay only for the message he has to send to confirm a transaction. The money sharing between the mobile operators, the bank and the credit card service provider with the merchant will work like the arrangement between credit card companies and retailers. Airtel officials refused to divulge the percentage of sharing agreed with ICICI Bank and Visa.

In Mumbai, State Bank of India plans to launch SBI Visa Pre-Paid cards on the mChq platform. This card will first be introduced only for Airtel subscribers at IIT Mumbai, where the idea of mChq was born under the guidance of Dr Deepak Phatak. Students, faculty and staff of IIT and people living in surrounding areas can pay for their purchases with their Airtel mobile phones. The service will be available to all Airtel subscribers who have an SBI Pre-Paid card on and around IIT campus at Powai. This service will extend to other IIT campuses in the country soon. With this technology, it is a easy way to changing the concept of money and payment.

Considering that mobile phone usage increased from 3.3 to 5.9 crore last year, there are tremendous possibilities for a quick pick-up. While other cellular operators are also in a race to match the new facility, Airtel officials claim they have at least a three-month lead.
Posted by Jeevan at 12:51 am

mes to wanna by a moto razr ,but enna panna have to wait

interesting - thanks for the info - though id be cautious about using it.

awakening - it is a easy way to purchase, nalla techonology venumna we have to wait.

Visithra - Its my plesure. we should be carefull using this method.

I think, that's obvious that these credit transactions are not safe!