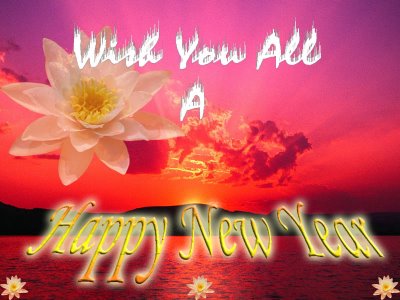 At least 90,000 people were killed and many people were seriously wounded in Pakistan and POK, on October 8th in a powerful Earthquake measuring 7.6 on the Richter scale.

The Hurricane cyclone Katrina, Wilma, Rita and Beta attacks US in September, thousands died and many lost their things and house.

Britain was in a state of shock after a series of explosion ripped through London’s underground train network and Double Decker bus on July 7, in this at least 70 people were killed and several wounded, and causing mayhem in a city which only hours ago witnessed scenes of jubilation after winning the bid to host the 2012 Olympic. The world’s most powerful leaders united to condemn the wave of bombings in London, saying they would not bow to terrorists but the attack clearly sidetracked the ambitious G-8 suit agenda for easing poverty in Africa and tackling climate change.

Miss Iceland, Unnur Birna Vilhjalmsdottir, a part-time police officer who wants to be a lawyer, was crowned as Miss World 2005.

On January 18, Airbus A 380, the double-deck super jumbo, the World’s largest passenger plane introduced in France, that has an 262-ft wingspan, a tail as tall as a 7-story building and coast $13 billion to develop, seats 555passenger in 3-class layout or 800 passenger in single class.

On January 20 The U.S. President George W.Bush sworn as 42nd President in an inaugural in White House, Washington, he start his 2nd fourth year.

A NASA spacecraft with a Hollywood film name Deep Impact blasted off on 13th January to smash a hole in a comet and give scientists a glimpse of the frozen primordial ingredients of the solar system.

A magnitude 6.8 earthquake, the focus of which was about 10km, below the seabed in the Pacific Ocean struck in Japan. A tsunami warning was issued for a group of islands on January 19.

On February 1, King Gyanendra dismissed Nepal’s Government and declared a state of Emergency, cutting off his Himalayan Nation from the rest of the world as telephone and Internet lines were snapped flights diverted and civil liberties severely curtailed.
Posted by Jeevan at 1:39 am

We go to the future taking the goodness of the past by shredding the badness. Let the New Year be a new episode in every man's dream and hope his dreams are relished.

Wish u and yr family a wonderful New Year Jeevan:)

Dear Jeevan,
Wish you and your family a very Happy New Year :)..

Thank you Friends, Wish you all the Same.:)

Cool Blog! If you get a chance I would like to invite you to visit the following Adventure Blog, it is coo to!

just signed up at jeevansworld.blogspot.com and want say hi to all the guys/gals of this board!